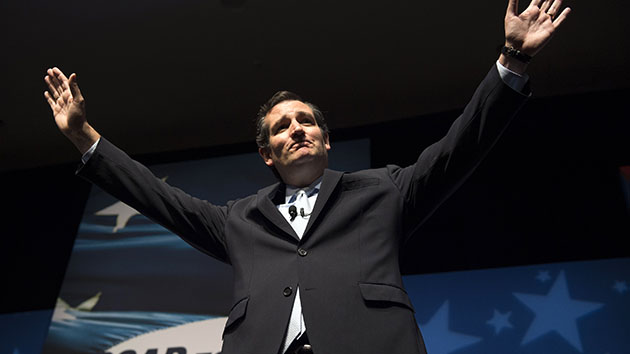 Sen. Ted Cruz (R-Texas) is the latest Republican presidential candidate to associate himself with a fringe doctors’ group that embraces outlandish medical ideas, such as the theories that abortions are linked to breast cancer and vaccines are tied to autism. On Wednesday evening, an aide from Cruz’s Senate office was the guest of honor on a conference call hosted by the American Association of Physicians and Surgeons (AAPS), an Arizona-based group that opposes not only Obamacare but all government health care programs. (The group’s statement of principles holds that Medicare and Medicaid are “evil” and a doctor’s participation in these programs is “immoral.”)

In February, presidential contender Rand Paul, an ophthalmologist, came under fire for being a longtime member of the AAPS. The group’s website continues to feature a Fox News appearance from 2010 in which Paul lauded the group’s anti-Obamacare efforts. According to the New York Times, Paul’s membership lapsed around the time he was elected to the Senate in 2010.

The Wednesday night call was billed as a “behind-the-scenes look at efforts to save American medicine during these pivotal days in the fight,” featuring “the health care advisor to Senator Ted Cruz.” The adviser was Alec Aramanda, whose LinkedIn page says he is a legislative assistant in Cruz’s office. On the hour-long call, Aramanda ran through a general list of possible actions Republicans could take if the Supreme Court knocks down insurance subsidies for millions of Americans.

“There’s still a lot of balls all up in the air,” Aramanda said, admitting he doesn’t have “clear answers for what direction we’re going to go in.”

The Republican leadership in Congress is currently trying to rally its troops behind one response plan if the Supreme Court rules against the Obama administration on King v. Burwell. Republican senators huddled on Wednesday and drew up the outlines of a plan that would temporarily extend the subsidies and begin to unwind the law by eliminating major provisions like the individual mandate, according to Politico. President Obama has promised to veto any fix that does harm to his signature law.

Aramanda did not mention that meeting on Wednesday night’s call. Instead, he said his boss liked the idea of letting states opt out of all or part of the Affordable Care Act’s regulations, though he noted that Cruz and his team are “still thinking through the details because we have a lot of practical concerns with how you go about doing this.”

Aramanda did not respond immediately to a request for comment about the call.

On its website, the AAPS bills itself as “a voice for private physicians since 1943.” But it has also been a voice for unfounded science. As Mother Jones reported in 2009 when the AAPS emerged as part of the tea party coalition fighting passage of the Affordable Care Act:

Some of its former leaders were John Birchers, and its political philosophy comes straight out of Ayn Rand. Its general counsel is Andrew Schlafly, son of the legendary conservative activist Phyllis. The AAPS statement of principles declares that it is “evil” and “immoral” for physicians to participate in Medicare and Medicaid, and its journal is a repository for quackery. Its website features claims that tobacco taxes harm public health and electronic medical records are a form of “data control” like that employed by the East German secret police. An article on the AAPS website speculated that Barack Obama may have won the presidency by hypnotizing voters, especially cohorts known to be susceptible to “neurolinguistic programming”—that is, according to the writer, young people, educated people, and possibly Jews.

It doesn’t end there. “The publication’s archives present a kind of alternate-universe scientific world, in which abortion causes breast cancer and vaccines cause autism, but HIV does not cause AIDS. In 2005, the journal erroneously claimed that illegal immigration had caused a leprosy epidemic in the US.”

According to the New York Times, the AAPS also once urged the Supreme Court to release post-mortem photographs of deceased Clinton administration staffer Vincent Foster to verify he had not been murdered.