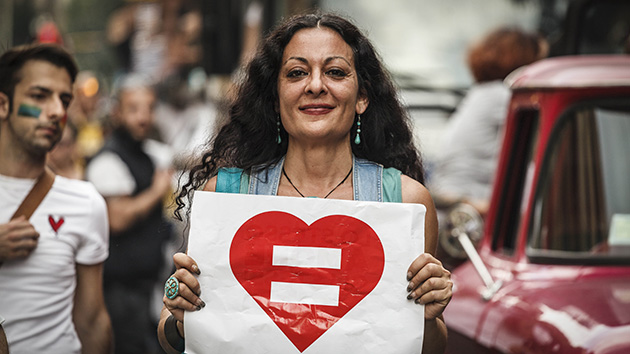 In a historic five-to-four ruling Friday, the US Supreme Court ruled that bans on same sex marriage are unconstitutional. Reaction across Twitter was swift, with opinion ranging from pure joy to pure anger.

Proud to celebrate a historic victory for marriage equality—& the courage & determination of LGBT Americans who made it possible. -H

Don’t think so. 5-4. It’s one thing to torture a statute. Another to invent a constitutional right. https://t.co/f47yD7ogq5

Once again the Bush appointed Supreme Court Justice John Roberts has let us down. Jeb pushed him hard! Remember!

Today, 5 unelected judges redefined the foundational unit of society. Now it is the people’s turn to speak #Marriage

Rick Santorum: “Just as they have in cases from Dred Scott to Plessy, the Court has an imperfect track record.”

The King v. #Burwell decision, which protects and expands #ObamaCare, is an out-of-control act of judicial tyranny. http://t.co/253oWzjJLb