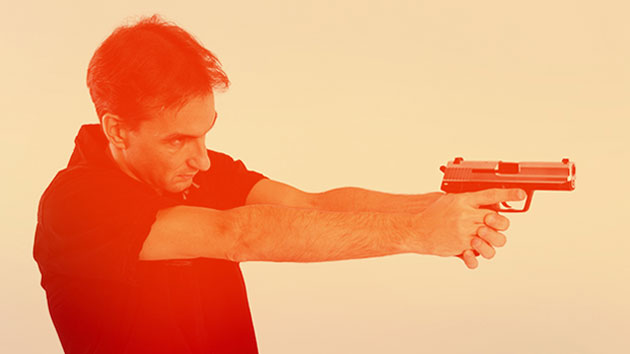 In the aftermath of the massacre at Emanuel AME Church in Charleston, South Carolina, gun rights activists and their allies in the conservative media are once again blaming “gun-free zones,” arguing that an armed citizen could have otherwise been at the church to stop the attack. As Mother Jones has previously reported, there has never been any evidence that mass shooters picked their targets based on gun regulations; to the contrary, data from scores of cases shows perpetrators had other specific motivations for where they attacked, including racial hatred, as is strongly suspected to be the case in Charleston. The idea that armed citizens stop crimes in the United States has also been wildly exaggerated by the gun lobby, as a new study reaffirms.

A new data study shows that the NRA and its allies exaggerate defensive gun use by more than tenfold.

One of the gun lobby’s key talking points is that firearms are frequently used in self-defense—as often as 2.5 million times per year. The widely repeated claim has its origins in a 1993 telephone survey conducted by a pro-gun researcher, and while the numbers have since been walked back to some degree, the National Rifle Association asserts there are at least three-quarters of a million defensive gun uses per year. But a new report from the Violence Policy Center analyzing federal data shows that even this claim is way overstated. America’s legions of “good guys with guns,” in other words, are a myth (and not least when it comes to mass shootings).

Using FBI data, the study shows citizens are far more likely to use guns to commit violent crimes than to defend against them. The FBI’s 2012 “Supplementary Homicide Report” tallied 8,342 criminal gun homicides nationwide, while finding only 259 justifiable gun homicides from around the country, as identified in reports from state and local law enforcement agencies.

Moreover, 13 states reported no justifiable gun homicides at all in 2012, according to the report. That included states with large urban regions like New York and New Jersey, as well as rural states such as North Dakota and Wyoming. Notably, Wyoming, which has a small population, lax gun laws, and a high gun-ownership rate, also led the nation in 2012 for gun suicides and had the highest per capita costs from gun violence. (You can read more about that in Mother Jones’ groundbreaking investigation of the $229 billion annual cost of gun violence in America.)

Even with an additional 103,000 defensive gun uses related to property crimes over the same five-year period, the total still comes to fewer than 70,000 a year—less than 10 percent of the amount claimed by the NRA and other gun rights advocates.