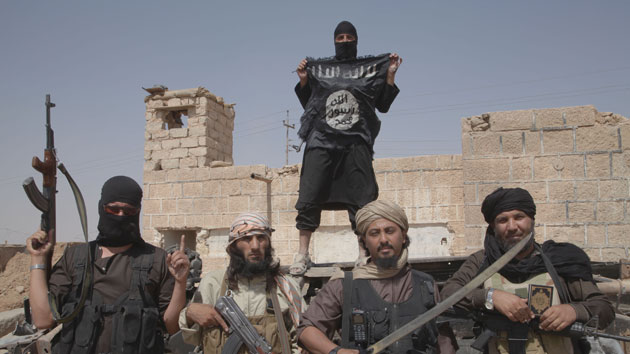 Today marks one year since ISIS, AKA the Islamic State of Iraq and al-Sham, announced that it was officially changing its title to the Islamic State and would establish a Sunni Muslim caliphate in Syria and Iraq. The declaration arrived a few weeks after the insurgent group grabbed international attention by capturing Mosul, Iraq’s second largest city, after American-trained soldiers abandoned their posts and weapons. Over the past year, the so-called Islamic State has recruited 20,000 foreign fighters, gained control of 50 percent of Syria and large swaths of Iraq, and gained a reputation for relentless brutality.

A year in, the so-called Islamic State is “neither winning nor losing,” says Aymenn Jawad al-Tamimi, an analyst at the Middle East Forum who monitors jihadist groups. What’s happening with ISIS is “indicative of a long war, with an ebb and flow on different fronts.” The group has become more organized and increasingly appears like a more conventional government now that it’s formed a bureaucracy to administer captured territory. It’s also expanded its influence internationally and inspired lone-wolf attacks in the West. While some argue that ISIS is weakening, Al-Tamimi notes, “People shouldn’t kid themselves about how long this is going to last. This will span years, if not decades.”

Here are some notable events from the so-called Islamic State’s first year:

June 29, 2014: ISIS declared the establishment of a new Islamic caliphate and appointed Abu Bakr al-Baghdadi as its leader. In his first public appearance, a man purporting to be Al-Baghdadi delivered a sermon at a mosque in Mosul, outlining a vision of holy war and a strict interpretation of Sharia law.

July 3, 2014: ISIS captured the al-Omar oil field, Syria’s largest. Oil has been a major source of revenue for the group.

July 24, 2014: ISIS displayed its iconoclasm by blowing up the mosque and tomb of the Prophet Yunus (Jonah) in Mosul, Iraq. Two days later, they destroyed the Nabi Shiyt (Prophet Seth) shrine after looting its artifacts—another source of revenue for the group, which fences antiquities on the black market.

August 3, 2014: ISIS advanced in northwestern Iraq, the home of the Yazidis, one of Iraq’s oldest ethnic and religious minorities. Some 40,000 Yazidis fled and took refuge on Mount Sinjar. One told the Guardian, “We are being told to convert or to lose our heads.” Eventually, 5,000 Yazidi men were executed and many thousands of women and children captured.

August 8, 2014: The United States deemed the targeted killing of the Yazidis genocide, and began an air campaign against ISIS in northern Iraq.

“People shouldn’t kid themselves about how long this is going to last. This will span years, if not decades.”

August 21, 2014: The US military admitted that a secret attempt had been made to free James Foley and other Americans held captive by ISIS in Syria.

September 17, 2014: After seizing 40 nearby villages, ISIS launched an offensive to capture Kobani, near the Syria-Turkey border.

September 29, 2014: The British journalist John Cantlie, who had been in ISIS captivity for two years, appeared in a video, reading a prepared script criticizing the US air campaign.

November 8, 2014: Iraqi officials claimed that Al-Baghdadi had been injured in an air strike. Days later, Al-Baghdadi released a recording dispelling the rumors and urging his followers to “erupt volcanoes of jihad everywhere.” 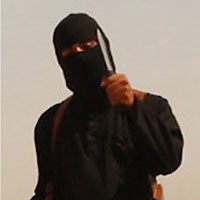 December 10, 2014: News spread that a man accused of homosexuality was stoned to death after being thrown off a building by ISIS militants, who distributed images from the scene online.

January 7, 2015: Chérif Kouachi, who had trained in Yemen with Al Qaeda and allegedly had ties to ISIS, and his brother Saïd killed 11 cartoonists in the Charlie Hebdo massacre in Paris. 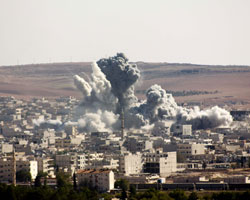 An explosion in Kobani Dimitrios Chantzaras/NurPhoto/ZUMA

26 February: “Jihadi John,” the English-speaking executioner in ISIS’s beheading videos, was identified as Mohammed Emwazi, a 27-year-old Kuwaiti-born man who grew up in a middle-class family in West London.

February 27: ISIS stormed the Mosul Museum, breaking apart antiquities with jackhammers. Amr Al-Azm, a Syrian archeologist who works with a secret network of activists trying to safeguard Syria’s cultural heritage, notes that the group’s destruction of artifacts and cultural heritage sites “is not mindless, wanton, vandalistic destruction” but part of “a predetermined message.”

March 5, 2015: ISIS destroyed sections of the ancient Assyrian city of Nimrud before blowing it up a week later.

March 12, 2015: Boko Haram, the Islamic militant group in Nigeria best known for capturing 200 school girls, pledged allegiance to the Islamic State. An ISIS spokesman announced “the good news of the expansion of the caliphate to West Africa.”

April 5, 2015: A seven-minute video confirmed that ISIS destroyed artifacts and statues at the 2,000-year-old UNESCO heritage site in Hatra, Iraq. A militant in the video stated, “We will destroy your artifacts and idols anywhere and Islamic State will rule your lands.”

April 17, 2015: After a monthlong offensive, Iraqi forces—alongside Iranian-backed Shia militias—reclaimed Tikrit, seen as a key step toward eventually driving ISIS out of Mosul.

May 15, 2015: ISIS forces assaulted Ramadi, Iraq, with six car bombs. Within two days, more than 500 people were killed and the city fell after government forces abandoned their posts.

May 21, 2015: The Syrian town of Tadmur and the ancient city of Palmyra fell to ISIS. The group also claimed two gas fields as well as a vast weapons cache from a military base. Weapons captures such as this, says Al-Tamimi “ensure they remain so lethal as an organization. If you compare ISIS to other Syrian rebel groups, there’s no question about who has the better weapons and equipment. It’s certainly IS.”

“There’s no question about who has the better weapons and equipment. It’s certainly IS.”

June 22, 2015: ISIS claimed to have begun issuing its own currency, free from the “Satanic global economic system.”

June 23, 2015: The Kurdish YPG seized the town of Ayn Issa and surrounding villages just 30 miles from the so-called Islamic State’s capital in Raqqa.

June 26, 2015: ISIS claimed responsibility for the bombing of a Shiite mosque in Kuwait City, killing 25 and wounding 200, as well as a terror attack in Tunisia, which left 39 dead, mostly tourists.

June 29, 2015: On the one-year anniversary of so-called Islamic State, fighters loyal to it have seized territory from the Taliban in Afghanistan.