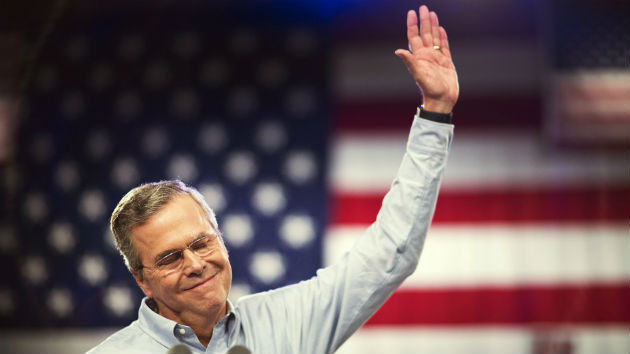 Jeb Bush will finally get his chance to audition for the Koch brothers.

For months, there has been speculation about which GOP 2016 hopeful will win the backing of the billionaire brothers and their donor network, but the former Florida governor has been conspicuously absent from the conversation. In January, Sens. Ted Cruz (R-Texas), Rand Paul (R-Ky.), and Marco Rubio (R-Fla.), as well as Wisconsin Gov. Scott Walker, attended the winter conference organized by the conservative brothers in California, but Bush did not make an appearance. And in April, David Koch was reportedly spreading the word that he liked Walker—or even a Walker-Rubio ticket. This was not surprising. The Kochs and their lieutenants were not major fans of the George W. Bush administration, and they may well be reluctant to see another member of the Bush dynasty occupy the White House. But representatives of the brothers said the door was not closed to Bush and he still has a chance to win their dollars.

In a matter of weeks, that opportunity will come. Bush, it was announced on Monday, will give the keynote address on August 21 at the “Defending the American Dream” summit organized by Americans for Prosperity, the advocacy group founded and partly funded by the Kochs. At this event, Bush will have his shot to impress the Kochs and their inner circle. He won’t be singing for his supper; he’ll just be auditioning for millions of dollars—perhaps hundreds of millions of dollars—in support.

Bush won’t be the only GOP hopeful attending the AFP event. Also speaking will be Cruz and former Texas Gov. Rick Perry. In January, Cruz took part in a panel discussion with Paul and Rubio before an elite audience of Koch network donors. Walker received his own time slot and has a long history of support from the Kochs and AFP (though in at least one recent instance, that support has faltered).

There isn’t a ton of natural affinity between Bush and the Kochs—Bush represents a wing of the Republican Party that has long countered the brothers’ libertarian-oriented brand of conservatism. And the brothers have personally opposed the hawkish foreign policy position of Jeb’s brother, George W. Bush, particularly on the Iraq War—a position which Jeb struggled to distance himself from earlier this month. The Kochs were also dismayed by the big-spending ways of the George W. Bush administration, which ran up the national debt by more than $5 trillion.

Bush himself denied that he would audition for the Kochs when the possibility was first raised back in April. At the same time, he vaguely dismissed the notion of needing assistance from the Koch network by saying he hoped to reach all parts of the conservative spectrum with his message. While Bush’s super-PAC is rumored to have raised as much as $100 million, that’s a fraction of the nearly $900 million that the Koch network is likely to spend in 2016. Now that he’s an official candidate, facing a far more crowded field than he might have anticipated, Bush may strike a more humble tone come August when he steps up to the rostrum at the AFP event.