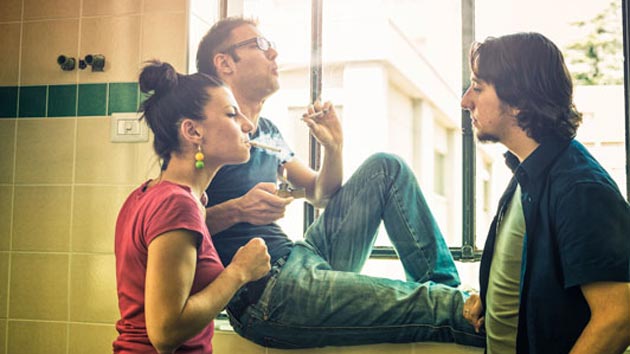 Concerned parents and conservative lawmakers, fear not: Laws legalizing the use of medical marijuana won’t be your child’s gateway into drug use, according to new research published on Monday.

By now, 23 states and the District of Columbia have legalized the use of medical marijuana. The peer-reviewed study in the Lancet Psychiatry found that legalization of medical marijuana at the state level does not increase recreational pot use by teens.

Eight researchers, headed by Dr. Deborah Hasin, an epidemiology professor at Columbia medical school, analyzed the marijuana use of more than 1 million kids. The random sample was selected from respondents to Monitoring the Future, a national census that has surveyed thousands of teens about their behaviors and values annually for the past 24 years.

The team compared pot use by teens before and after their states legalized medical marijuana and did not find a significant change in use pre- versus post-legalization. Adolescent use in states where medical marijuana is legal is higher, but the study’s authors point out that this disparity can be deceiving: The same states already had higher adolescent marijuana use before legislation was passed. The fact that teenage pot-smoking stayed consistent after legalization suggests that there is no causal relationship between legal medical marijuana and teens lighting up, write the authors. If anything, fewer kids are using weed: Last year, a different Monitoring the Future study reported that teen marijuana use has been trending downward since 2014.

The Lancet study also found that after states made medical marijuana legal, there was a two percent decrease in pot use among eighth graders. This might be because “eighth graders had more modifiable attitudes and beliefs about marijuana, and were less likely to view marijuana as recreational after states authorized its use for medical purposes.”

But as attitudes and laws regarding marijuana continue to evolve, so might adolescent use, the authors write, encouraging researchers to conduct additional studies over time.

In 2015, laws to legalize medical marijuana use have failed in 17 states. So, this debate is far from over, but if this research is any indication, it may be time to put the youth corruption angle to rest.