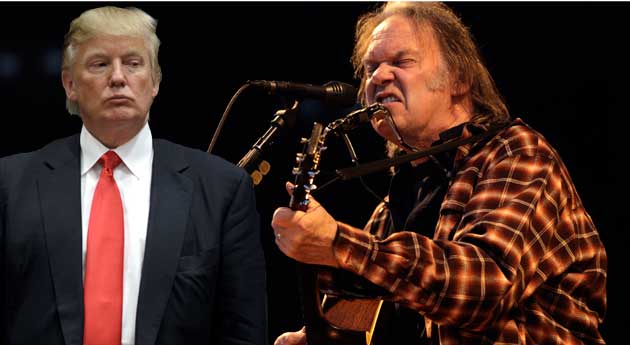 When Donald Trump strode onto the stage at Trump Tower on Tuesday to announce he would enter the Republican race for president, a rock and roll anthem blared: Neil Young’s “Rockin’ in the Free World.” It was an odd choice, given that the 1989 song seemed to slam a Republican administration for not giving a damn about the poor. And Young has taken exception to Trump’s appropriation of his tune. A statement issued to Mother Jones for Young by his longtime manager Elliot Roberts suggests Young was not pleased by Trump’s use of the song:

Donald Trump’s use of “Rockin’ in the Free World” was not authorized. Mr. Young is a longtime supporter of Bernie Sanders.

In other words, it may be a free world, but you’re not free to steal my song.