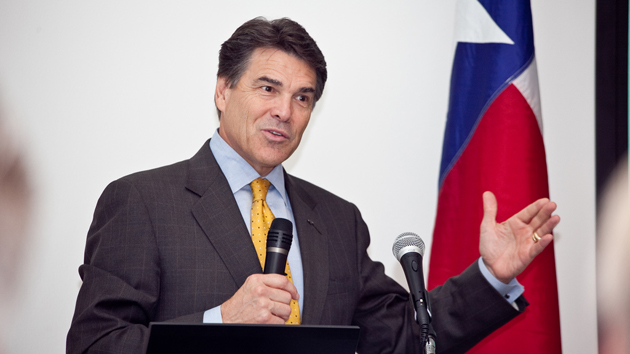 Oops, he did it again: Former Texas Gov. Rick Perry is officially launching his second campaign for president today. He’s expected to announce his bid flanked by combat veterans in the Dallas suburb of Addison. His entry to the race swells the growing GOP field to 10 official candidates.

Perry served for three terms as governor of the Lone Star State before stepping down earlier this year. He last ran for president in 2012, when he briefly was considered the GOP’s strongest conservative alternative to Mitt Romney until a few high-profile gaffes convinced many Republicans he wasn’t up to the job. Perry enters a far more crowded field this cycle, and faces stiff competition from fellow Texan Sen. Ted Cruz, Dr. Ben Carson,  former Arkansas Gov. Mike Huckabee, and former Pennsylvania Sen. Rick Santorum to win over the social conservatives who have supported him in the past.

Perry also carries with him substantial baggage from his 12 years as governor of Texas—most recently, he was indicted by a Texas grand jury on felony abuse of power charges. Check out the best of Mother Jones‘ coverage of Rick Perry: