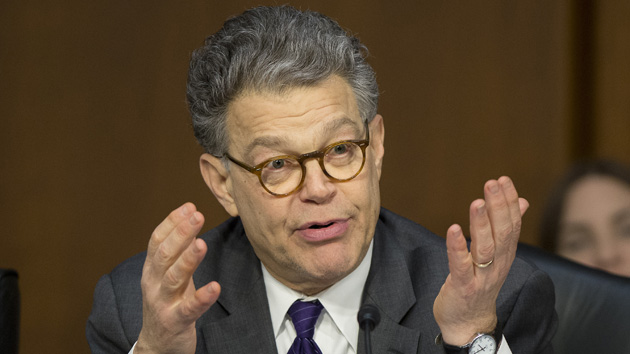 Update, 7/14/15, 5:15 p.m.: The Senate voted down Franken’s measure on Tuesday afternoon. Forty-five senators voted no, leaving the measure short of the 60 votes needed to overcome a filibuster.

Every congressional session for the past five years, Sen. Al Franken (D-Minn.) has introduced legislation to protect LGBT students from harassment and bullying at public schools. Every time, it hasn’t so much as received a vote on the Senate floor. But on Tuesday, Franken thinks his long-suffering bill might finally win passage.

It wouldn’t be just kid-on-kid harassment that Franken’s bill would ban; school officials themselves wouldn’t be able to treat LGBT students differently based on their identities. Public schools would no longer be able to bar students from attending prom with a same-sex date, for example.

“You can’t learn when you’re afraid, when you dread going to school,” Franken told Mother Jones.

According to his Franken’s office, the measure is schedule to be voted on Tuesday as an amendment to the Senate’s bill to amend No Child Left Behind. “In the last Congress we got 64 votes in the Senate for ENDA—that’s the Employment Non-Discrimination Act—and that is basically setting the same rights to adults that here we’re trying to extend to kids. This, to me, is a lower bar. I think that we can do this,” Franken says. “I think that it will be a close vote, the make-up of the Senate has changed since the last Senate, but I don’t quite understand why my colleagues would not extend these rights to children.”

Despite that optimism, it’s unclear whether enough Republicans will line up to support Franken’s measure on Tuesday. So far just one Republican, Sen. Mark Kirk of Illinois, has signed on as a co-sponsor. “I’m going to be certainly lobbying my colleagues and try to convince them that we’re senators, but we’re also grown-ups, and we should be there for these kids,” Franken says. “Think about your own kid, going to school with anticipation or going to school with fear.”

During a speech on the Senate floor Monday afternoon, Franken offered a litany of statistics showing why LGBT students need extra protection from harassment. About three out of four LGBT students reported verbal harassment in a 2013 National School Climate survey. From that same study, 35 percent said they suffered a physical assault at school, and almost a third missed at least a day of school within the month of the survey due to fear for their safety. “You can’t learn when you’re afraid, when you dread going to school,” Franken told Mother Jones. He says he became fully invested in solving the problem after a raft of suicides of LGBT student and other bullied teenagers hit the Anoka-Hennepin County school district in Minnesota from 2009 to 2011.

Even if Franken’s amendment passes the Senate, it’d still have to clear the House during reconciliation, when Congress will try to merge competing education reform bills. Colorado Democrat Jared Polis put forward the same measure when the House debated a reauthorization of the education bill last week, but Republican leaders in the chamber declined to put it up for a vote. But Franken is hopeful, he says, since the White House has been “very supportive” of the measure and would help push it during reconciliation.