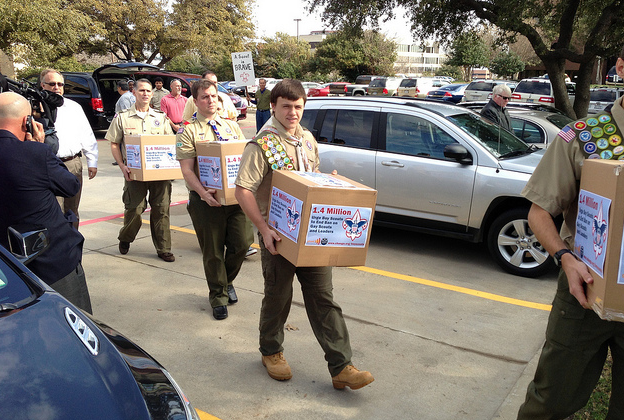 Boy Scouts and their families deliver 1.4 million signatures protesting the ban on gay Scouts and scoutmasters in 2013. GLAAD

Robert Gates, president of the Boy Scouts of America (and former US defense secretary), called for an end to the ban in May, saying the organization should “deal with the world as it is, not as we might wish it to be.”

The end of the ban does not, however, mark complete acceptance of gay leaders: Some scout groups, particularly those with close religious affiliations, will be able to limit leadership positions to heterosexuals.

Here are some stories that demarcate turning points in the controversy: