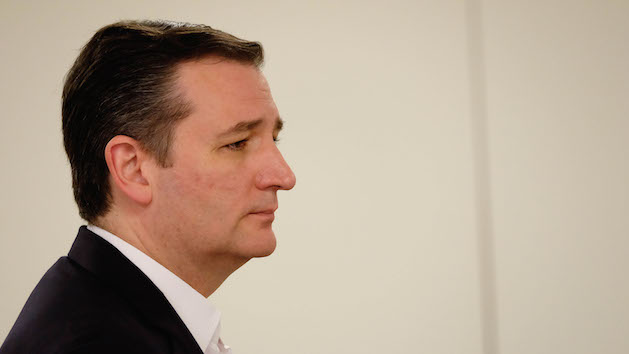 A super-PAC backing Ted Cruz called Keep the Promise II just filed its campaign disclosure, and it stands rather in contrast with the filing this morning from Jeb Bush’s super-PAC. Right to Rise, the Bush-backing super-PAC, revealed a list of donors that included anonymous shell corporations, 28 former ambassadors, and hundreds of wealthy and moneyed elite from around the country, requiring this reporter to do plenty of math to determine how much came from big donors and how much came from very big donors. Keep the Promise II’s disclosure is much simpler.

Although the super-PAC raised more money than the actual campaigns of 14 of the 20 declared major candidates, there were no other donors.

The guy’s name is Toby Neugebauer. He is the billionaire founder of a private-equity firm, and his father is Congressman Randy Neugebauer (R-Texas).

To be fair, it’s one of at least three super-PACs backing Cruz. The others have not yet filed their reports, but will likely list donors other than Neugebauer.