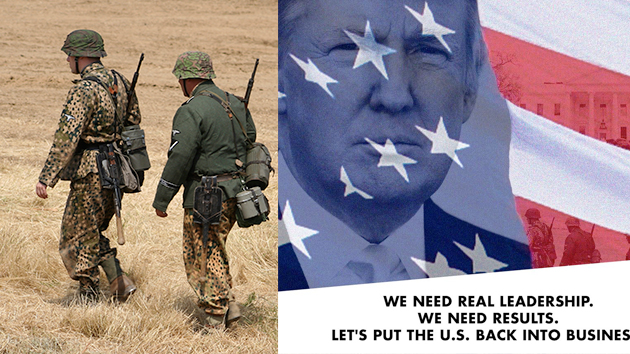 Earlier today, Donald Trump tweeted out a campaign poster featuring what appeared to be men in Nazi uniforms, superimposed over the American flag. The tweet was swiftly deleted, but not before the internet went to work tracking down the original image, sourced to the stock photography website iStock.

Mother Jones can now reveal that the image in question was taken at a World War II reenactment near Kent, England, some time within the last five years, according to its photographer, George Cairns. We reached Cairns by Skype at his home in St Albans, a town just north of London, where he was hanging out playing video games when his Twitter feed started to blow up in response to the Trump story. 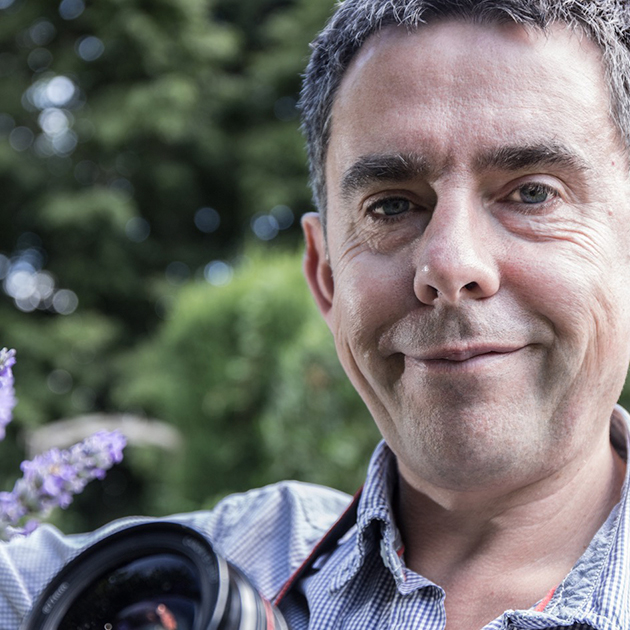 Cairns is a British freelance stock photographer and photography instructor who says he frequents war reenactments as good locations to pick up realistic-looking stock images—not just of Nazis, but also of American GIs and other soldiers. Cairns said he didn’t know much about Donald Trump beyond the controversy over a golf course the billionaire and GOP presidential contender bought in Scotland last year.

So what does Cairns make of Trump using his image to endorse his candidacy?

“Well luckily, it’s not endorsed him in a sense… So that’s a good thing,” he said. “I’m not a Trump supporter. I can sleep OK tonight.”

In an almost impossibly bizarre coincidence, this isn’t the first time the Cairns family has been caught up in a photo kerfuffle involving Nazis and American politicians. George’s brother John is also a stock photographer, and took the image of Nazi reenactors that was accidentally used in a flier for the campaign of North Carolina state legislator Tim Spear in 2010.

“I have photos of American soldiers as well,” Cairns said. “But for some reason, politicians seem to be downloading Nazis.”

This isn’t the first time the Cairns family has been caught up in a photo kerfuffle involving Nazis and American politicians.

The photo isn’t a massive moneymaker for the photographer. “I’ve sold that image twice this year,” Cairns said. Yesterday, Cairns made $8.64 on a sale. Today, $1.71. “I can buy a coffee!” he joked.

In the world of stock photography, you have basically no control over who uses your photos, Cairns said. The best you can do is pick keywords for the images you upload that let people know exactly what they’re buying. In this case, Cairns said, Trump’s people should have been able to tell what they were looking at.

“I tried to keyword it carefully so people would be aware that it’s WWII fascists.”