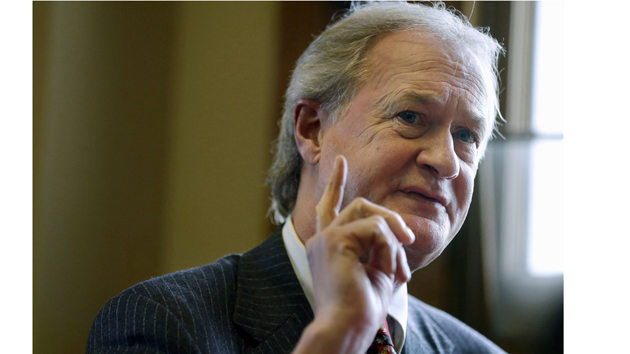 A month and a half into his presidential campaign, Lincoln Chafee is having trouble connecting with voters—even a single one. A Monmouth University poll released today reports that the Democratic presidential candidate “registered no support.”

To be clear, this does not just mean that the former Rhode Island governor got 0 percent of the vote, leaving room for him to receive some votes but not enough to amount to 1 percent. No: Chafee received exactly zero votes in the poll, according to a research associate at Monmouth University. The poll surveyed 1,001 adults and included 357 Democratic or Democratic-leaning registered voters in the results.

Just 9 percent of respondents to the poll have a favorable opinion of Chafee, largely because 78 percent have no opinion of the little-known candidate. Efforts to boost his name recognition haven’t been helped by the fact that he’s raised hardly any money and has even been locked out of his own Facebook account. The Chafee campaign did not immediately respond to a request for comment. 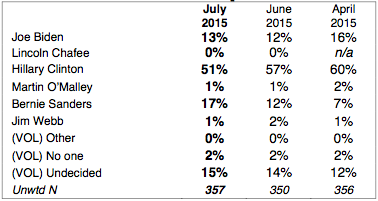