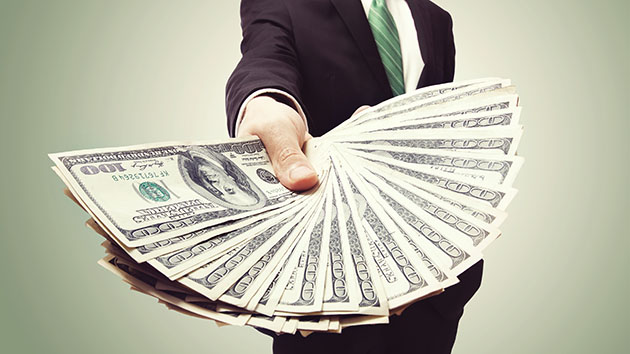 Two billionaires—one an eccentric ex-CEO with a striking resemblance to Tony Stark, the other a car dealer with a low public profile—have led the way in bankrolling the super-PAC backing Marco Rubio’s presidential bid. Conservative Solutions PAC brought in a total of nearly $16 million in the first half of the year, putting Rubio’s unlimited-donations group in third among super-PACs backing Republican presidential candidates, behind just Jeb Bush’s Right to Rise PAC, which raised a towering $103 million, and Wisconsin Gov. Scott Walker’s Unintimidated PAC, which brought in $20 million.

Larry Ellison, the Iron Man-esque founder of Oracle, gave $3 million to Conservative Solutions PAC in the first six months of 2015, according to the group’s first filing with the Federal Election Commission, released Friday. Ellison hosted a fundraiser for Rubio in June, sparking speculation about how dedicated he was to the Florida senator. A few million might not mean much to Ellison, the world’s fifth-richest man with a net worth of $54 billion, but the fact that he is indeed backing up his support with cash is significant to Rubio.

Rubio’s super-PAC also took in $5 million from Norman Braman, a billionaire car dealer in Miami and a close ally of Rubio’s for years. A relative unknown outside of Florida, Braman is a die-hard Rubio fan willing to give significantly more than the $5 million he has already put into the super-PAC.

Until he threw his hat into the ring in April, political observers in Washington and Florida were skeptical that Rubio would ultimately challenge his friend and mentor, Jeb Bush, for the Republican nomination. Many believed Rubio would ultimately bow out to Bush and hope for a vice-presidential bid or a chance to run for governor of Florida in 2018. Even after he entered the race, that belief persisted, with some speculation that that Rubio’s bid was unserious—an attempt to make a name for himself for a future run, or maybe a VP spot—and that Rubio knew he couldn’t beat Bush.

His significant haul in the race could change that perception. Sure, Rubio’s $16 million is puny compared to Bush’s $103 million—but so is everyone else’s fundraising. And yes, Bush has 23 donors who gave $1 million or more to his super-PAC—after he specifically urged donors to keep their contributions to six figures or fewer—while Rubio has four. But Rubio has two very rich men behind him. And they, at least, don’t appear to be messing around.