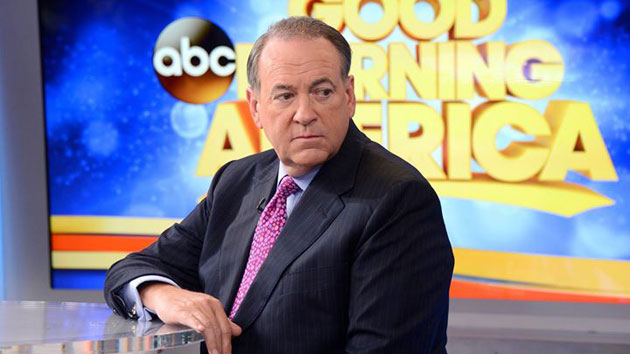 Republican presidential candidate Mike Huckabee told supporters in Iowa on Thursday that if he were elected president he would consider using the FBI or National Guard to end abortion by force. Per the Topeka Capital-Journal:

“I will not pretend there is nothing we can do to stop this,” Huckabee said at the event, where a Topeka Capital-Journal correspondent was present.

At his next stop, in Rockwell City, Huckabee answered follow-up questions from the correspondent, saying: “All American citizens should be protected.”

Asked by another reporter how he would stop abortion, and whether this would mean using the FBI or federal forces to accomplish this, Huckabee replied: “We’ll see if I get to be president.”

That’s crazy. The right to an abortion has been upheld by the Supreme Court. Huckabee is saying he might simply disregard the judicial branch and stop the practice unilaterally—that is, he’d remove the checks from “checks and balances.” It’s not the first time he’s proposed a constitutional crisis as an antidote to things he doesn’t like. Huckabee has also said states should practice civil disobedience by ignoring the Supreme Court’s decision on same-sex marriage.

And to think, we’re still nearly a week away from the first primary debate.