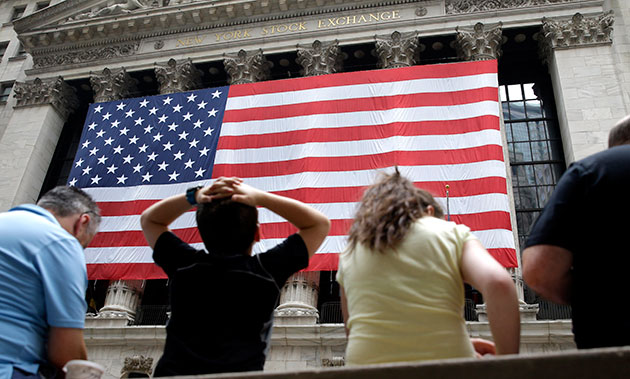 People sit outside the New York Stock Exchange on Wednesday, before the exchange suspending trading of securities due to an unknown computer glitch.Seth Wenig/AP

Just after 11:32 am on Wednesday, the New York Stock Exchange experienced an extremely rare halt in all trading. NYSE leadership cited “an internal technical issue” and not, as many feared, a cyber attack.

It’s not the first time a random event has interrupted the 223-year-old stock exchange. Most memorably, the NYSE closed following V-J Day, when troops returned at the end of World War II, and for three full days after the terrorist attacks of September 11, 2001. But the NYSE has closed for everything from the funerals of major world figures—such as Queen Victoria of England (1901), Rev. Martin Luther King, Jr. (1968), and Richard Nixon (1994)—to extreme heat (August 4, 1917).

Here is a brief history of events that halted trading at the New York Stock Exchange.

September 1873: The collapse of the Jay Cooke & Company, a major financial institution, caused the New York Stock Exchange’s first closure, for 10 days, due to market calamity.

July 1914: The start of World War I in Europe shuttered the exchange for four months, the longest closure on record.

May 25, 1946: The NYSE shut down due to a railroad strike, part of one of the largest waves of strikes in US history.

1967 – 1996: Over this span of 29 years, eight ferocious blizzards either delayed the opening bell or closed the exchange early.

February 10, 1969: A snowstorm dubbed the “Lindsay Storm” shuttered the stock exchange for a day and a half amid 15.3 inches of snow.

May 6, 2010: The same circuit breaker that closed the NYSE in 1997 halted trading after a “flash crash” caused by automated high-frequency trading.

September 11, 2001: Terrorist attacks closed the exchange through September 14. The exchange also closed exactly a year later to mark the anniversary of the attacks.

October 29 – 30, 2012: The NYSE shut down while Hurricane Sandy battered the Eastern Seaboard. It was the first time a weather event closed the market for two full days in 124 years, after a snowstorm that dumped more than 40 feet of snow closed the exchange in 1888.