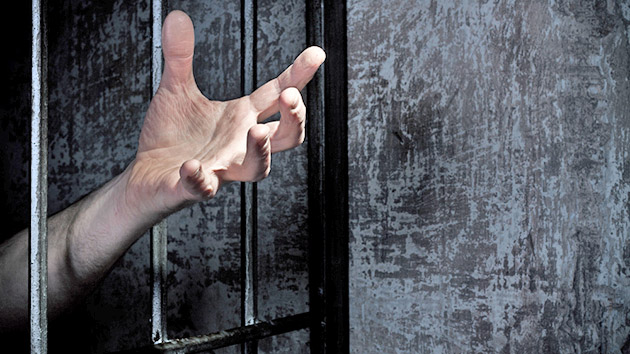 On Monday, President Obama commuted the sentences of 46 nonviolent drug offenders held in federal prisons. It was the highest number of commutations granted in a single day since the days of Lyndon B. Johnson. But for the 35,000 federal inmates who have applied for relief, it was a drop in the bucket.

And only one of the recipients of the recent commutations is a pot lifer: Francis Darrell Hayden, who was sentenced to life in prison in 2002 for cultivating a plant that more than half of the US population now believes should be legal. (He was growing a lot—more than 18,000 marijuana plants, obscured by rows of corn.)

As Mother Jones has reported, no fewer than 69 people are currently serving life sentences for pot-related offenses. “Of course they—the lifers—and I are all thrilled for the prisoners who were released, but we are all discouraged that so very few clemencies were given to marijuana offenders,” says Cheri Sicard, vice president of the CAN-DO Foundation, an advocacy group for nonviolent drug offenders. “We have many senior citizens who have already served decades for marijuana-only crimes that are being ignored.”

“We have many senior citizens who have already served decades for marijuana-only crimes that are being ignored.”

When it comes to pot lifers, as Jennifer Turner, Human Rights Researcher at the American Civil Liberties Union, puts it, “their only shot is clemency.” The pot lifers in federal prison include the world’s longest-serving marijuana prisoner, Antonio Bascaro, an 83-year-old grandfather who has been incarcerated for 35 years. There’s also John Knock, a first-time offender who got two life sentences for conspiracy to traffic large quantities of weed—which the government never actually seized. “They, and others like them, seem to have fallen through the cracks of the president’s clemency process,” says Sicard. (While only federal prisoners are eligible for presidential clemency, state prisoners are at the mercy of their governors.)

In 2011, as part of an effort to reduce the prison population and correct sentencing injustices, the Justice Department invited thousands of inmates to apply for executive clemency. Former attorney general Eric Holder also called on prosecutors to seek reduced sentences for drug offenders. His proposal was anticipated to make as much as 70 percent of federal drug offenders eligible for reduced sentences.

In President Obama’s address on the new commutations, he reiterated the sentiment behind this new approach: “These men and women were not hardened criminals, but the overwhelming majority had been sentenced to at least 20 years. I believe that at its heart, America is a nation of second chances. And I believe these folks deserve their second chance.” In a press release issued Monday, the White House stated that “federal sentencing practices can, in too many instances, lead nonviolent drug offenders to spend decades, if not life, in prison. These unduly harsh sentences are one of the reasons the President is committed to using all the tools at his disposal to remedy unfairness in our criminal justice system.”

To date, Obama has granted 89 commutations, 76 for nonviolent drug offenders. That’s more than the combined total granted by Presidents Reagan, Clinton, and both Bushes. The historically low number of granted clemencies can be traced back to the Office of the Pardon Attorney, which is charged with vetting and recommending clemency petitions to the White House. Housed in the Justice Department and largely staffed by career prosecutors, the OPA has a history of routinely denying petitions “without any real consideration,” according to Samuel Morison, a former OPA staff attorney-turned-whistleblower. “The number of times the president doesn’t do what the pardon attorney suggests is extremely low,” he says.

The OPA has a history of routinely denying petitions “without any real consideration.”

Of the 8,576 commutation petitions received during the Bush administration, the OPA favorably recommended only 6, according to Morison. (Eleven total were granted.) Under the previous head of the OPA, Ronald L. Rogers, a former military judge and major drug crimes prosecutor, Obama granted fewer clemencies than any other modern president. A 2011 ProPublica investigation found that under Rodgers and his predecessor, white applicants were four times as likely to be pardoned than applicants of color. Qualified applicants of color were summarily denied, while white applicants, often with far worse rap sheets, were granted pardons. Rogers was fired last April for withholding key information from the president in a high-profile clemency case.

Under new leadership at the OPA, Obama’s clemency numbers have steadily climbed. But considering that America’s federal prisons alone hold nearly 200,000 people—95,000 of them for nonviolent drug crimes—are 89 reduced sentences cause for celebration?