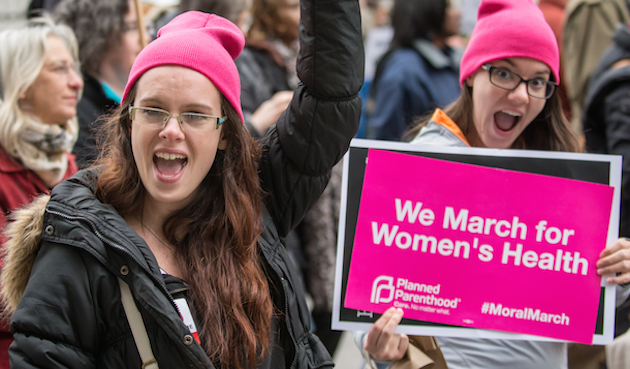 Update, July 27, 4:45 p.m. EST: Planned Parenthood released a statement confirming it has notified the FBI and the Department of Justice to investigate the cyber attack. “Today Planned Parenthood has notified the Department of Justice and separately the FBI that extremists who oppose Planned Parenthood’s mission and services have launched an attack on our information systems, and have called on the world’s most sophisticated hackers to assist them in breaching our systems and threatening the privacy and safety of our staff members,” Executive Vice President Dawn Laguens said. “We are working with top leaders in this field to manage these attacks. We treat matters of safety and security with the utmost importance, and are taking every measure possible to mitigate these criminal efforts to undermine our mission and services.”

The group—whose name, according to The Daily Dot, appears to be a nod to “a famous group of secretive cryptographers known as Cicada 3301″—claims it will release the names and addresses of employees “soon.”

The potential breach comes amid intense controversy surrounding Planned Parenthood after an anti-abortion group released hidden-camera footage appearing to show top Planned Parenthood officials discussing the sale of tissue from aborted fetuses. Though the footage was heavily edited, pro-choice groups fear the ramifications that could potentially follow from the sting operation. A slew of anti-abortion politicians, including Ben Carson and Sen. Ted Cruz (R-Texas), have used the videos to denounce the organization and justify defunding it.

Please join me as I speak at the #WomenBetrayed Rally tomorrow in Washington D.C. http://t.co/zLOUPcTTkQ https://t.co/uMeAK1RrBb

“We’ve seen the claims around attempts to access our systems,” Executive Vice President Dawn Laguens said in a statement to Mother Jones. “We take security very seriously and are investigating. It’s unsurprising that those opposed to safe and legal abortion are participating in this campaign of harassment against us and our patients, and claiming to stoop to this new low.”