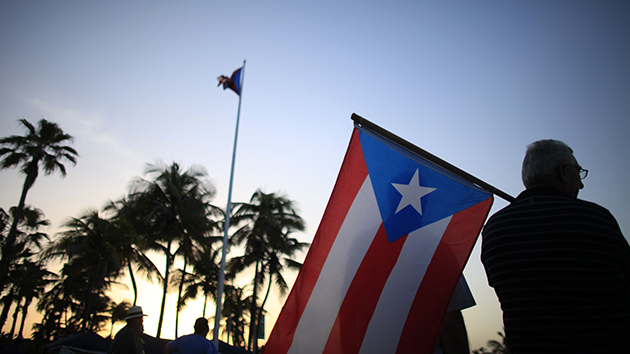 Greece may have overcome a major hurdle in fixing its economy this week, but Puerto Rico faces a more complicated obstacle to managing its crippling debt: its murky status as a US territory.

“If Puerto Rico were a state, there wouldn’t be any question about it,” Jeffrey Farrow, a former adviser on Puerto Rico policy to President Bill Clinton, said of the island’s mounting debt crisis. “If it were a nation, it wouldn’t have to worry about [US] federal rules, and then it could try to develop its own economy.”

But Puerto Rico is neither a state nor a country. It’s technically a commonwealth, a status given to it in 1950 by the US government, which allowed it to draft a constitution and elect its own officials. But even its commonwealth status is unique. Virginia, Massachusetts, Pennsylvania, and Kentucky are all commonwealths, but they have the full power of states. That’s not the case for this island of 3.6 million, which is, essentially, a colony, subject to the full control of the US Congress. The nature of its relationship with the federal government has left it with few options as it grapples with $72 billion in outstanding obligations that its governor, Alejandro García Padilla, says is “not payable.”

Pedro Pierluisi, Puerto Rico’s non-voting representative in US Congress, called for Puerto Rican statehood in a recent New York Times op-ed. “Puerto Rico is not a sovereign country in a monetary union with the United States. From a constitutional perspective, Puerto Rico belongs to the United States,” he wrote. “It is disheartening to see many self-styled progressives, who otherwise speak eloquently about the importance of voting rights, go silent on this subject when it comes to Puerto Rico.”

The island’s high unemployment, poverty, and low household income, Pierluisi argued, result partly from poor local policy decisions, but the inequity it faces under federal law is a much bigger factor. Even though they are legally American citizens by birth, Puerto Ricans on the island can’t vote for president and have no voting representative in Congress. They pay Medicare taxes but Medicaid funding is capped for them. They are not covered by many provisions of the Affordable Care Act and are not eligible to claim the earned-income tax credit. Excessive borrowing, Pierluisi wrote, is in many ways due to these realities.

“It is little wonder, then, that Puerto Rico is in recession, has excessive debt and is bleeding population,” he wrote.

Pierluisi introduced a bill in February that would allow Puerto Rico’s cities and state-owned businesses to seek Chapter 9 bankruptcy protection in the same way that some US cities that have done, most recently Detroit. The bill has no co-sponsors and is stuck in a House subcommittee. The chair of the committee, Rep. Tom Marino (R-Pa.), has said that “Puerto Rico must make serious, timely, and demonstrable steps towards righting its fiscal ship before anything moves legislatively.” Sens. Chuck Schumer (D-N.Y.) and Richard Blumenthal (D-Conn.) plan to introduce similar legislation for debt relief, according to Politico, but it’s unclear when that might happen.

The crisis pits Puerto Rico’s creditors—including hedge funds, large US banks, and smaller investors—against the island’s public workers, with each side trying to avoid absorbing the inevitable losses. A July 14 report from the Puerto Rican investigative journalism outlet Centro de Periodismo—reprinted in English via Latino Rebels—suggests that since 2013, hedge funds have been particularly active in trying to manipulate the debt crisis to their advantage.

The report points out that hedge funds, some of which were also involved in both the Greek fiasco and an ongoing debt crisis in Argentina, have been lobbying Puerto Rican officials in an effort to reduce their losses as much as possible. The hedge funds have reached out to various past and current government officials—including former Puerto Rico Gov. Luis Fortuño, former Secretary of State Kenneth McClintock, and Pedro Pierluisi, the island’s non-voting representative in Congress—in hopes of preventing wide-scale restructuring of Puerto Rico’s debt.

The issue has worked its way into the presidential campaign, with Hillary Clinton, Bernie Sanders, and Jeb Bush all voicing support for Puerto Rico to have the same bankruptcy options as US states. “We’re not talking about a bailout,” Clinton said in a statement last week. “We’re talking about a fair shot at success.” Sanders issued a statement the same day, saying, “We also should recognize that the reason Puerto Rico has such unsustainable debt has everything to do with the policies of austerity and the greed of large financial institutions.”

Bush is the only Republican to touch the issue so far in the campaign, saying, “Puerto Rico should be given the same rights as the states.”

About 5 million Puerto Ricans live in the 50 US states and can vote in national elections. Maurice Ferré, a Puerto Rican who served six terms as the mayor of Miami, said there are 4,000 to 5,000 Puerto Ricans moving to Florida every month, and noted that they are a pivotal voting bloc in Florida.

McClintock, Puerto Rico’s secretary of state from 2009 to 2013 and president of its Senate from 2005 to 2008, agreed. “Puerto Ricans are the swing voters in the swing region of a swing state,” McClintock said. “So, come March of next year, the presidential primaries in Florida will be very important in terms of what is done with Puerto Rico in the future.”

But McClintock said there are things Congress could do right now to help Puerto Rico. It could change the repayment terms on money paid by the island to the US government for various project overruns, and adjust the way Puerto Ricans are treated under federal programs like Medicare. Or the government could steer more federal procurement dollars toward the island’s struggling economy.

McClintock and Fortuño, among others, have said that much of the island’s debt is payable. Fortuño, who lost his seat to Garcia Padilla in the 2012 election, told Mother Jones that he had “no idea” why the new governor would claim the island’s debts are unpayable. “From a strictly financial point of view, the information is incorrect,” he said, “and the message it sends to the marketplace is terrible.”

Without any intervention, Puerto Rico could default on some of its debts and cause massive turmoil in the US municipal bond market, which affects retirement funds, pensions, and other investments. It could also spur lawsuits against the Puerto Rican and US governments that could take years to work out.

Farrow, the former Clinton adviser, says the governor’s calls for debt relief could help propel legislative relief or Congress could enact other short-term policy fixes, but neither will offer a permanent fix of the underlying problem.

“Puerto Rico can be a state or a nation and can develop a successful economy under either one,” he says, “but right now its current political status makes no sense.”