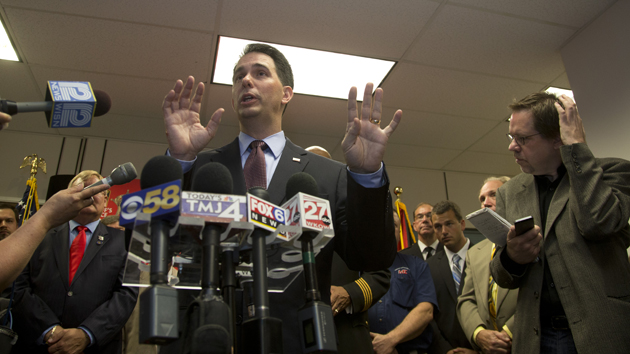 Gov. Scott Walker is set to announce his presidential candidacy on Monday in Waukesha, Wisconsin, joining a crammed field of GOP hopefuls.

In a few short years, the two-term governor has rocketed from obscurity to become a Republican frontrunner thanks to his conservative—and often controversial—stewardship of Wisconsin. After taking office in 2011, he set the tone for his governorship when he rammed through legislation that drastically curbed the power of public employee unions, setting the stage for a showdown with organized labor that made national headlines. As a result of anti-union effort, Walker became the only governor in Wisconsin history to face a recall election. During his tenure, Walker has implemented a hit list of right-wing measures. He signed controversial voter ID legislation, a state budget that defunded Planned Parenthood, and, this spring, a bill that made Wisconsin a right-to-work state. As Walker launches his presidential campaign, he faces an investigation into whether his campaign violated election rules during the recall campaign by coordinating with outside spending groups.

Ahead of his announcement on Monday, here are the things you should know about Walker, from Mother Jones‘ archives: