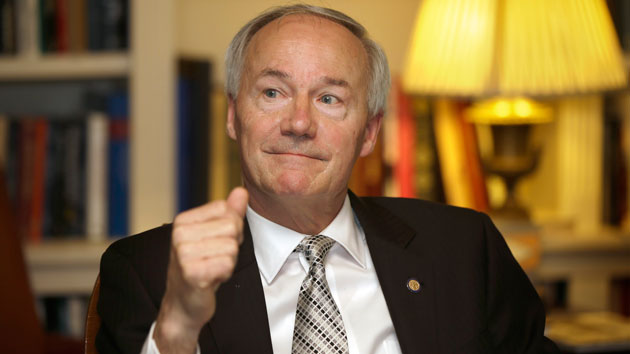 Following in the footsteps of Louisiana Gov. Bobby Jindal and Alabama Gov. Robert Bentley, Arkansas Gov. Asa Hutchinson has directed his state’s Department of Human Services to terminate its Medicaid contract with Planned Parenthood. The termination will be effective in 30 days.

In a statement, Hutchinson said, “It is apparent that after the recent revelations on the actions of Planned Parenthood, that this organization does not represent the values of the people of our state and Arkansas is better served by terminating any and all existing contracts with them. This includes their affiliated organization, Planned Parenthood of Arkansas and Eastern Oklahoma.”

The announcement comes in the wake of outrage over heavily-edited sting videos released by anti-abortion activists alleging a litany of offenses by Planned Parenthood. The Obama administration contends that cutting Planned Parenthood off from Medicaid funds breaks federal law.

Federal money cannot be used for abortion, and abortion is only three percent of Planned Parenthood’s services. The organization mostly provides STI/STD screenings, contraception, cancer screenings and the like.