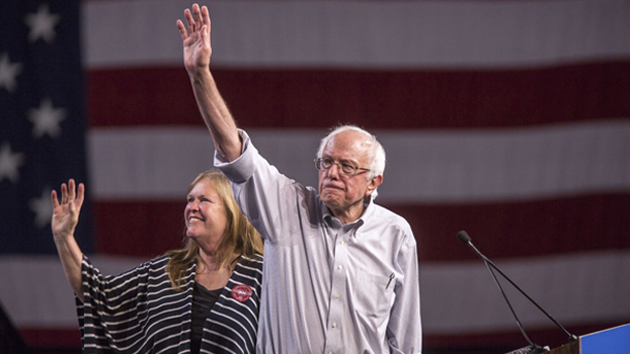 Mark it down. August 11, 2015: the day Bernie Sanders led Hillary Clinton in an early primary state for the first time.

It’s just one poll—the polling average still favors Clinton by a lot in the Granite State and nationally. But it’s another indication that the enthusiasm that greeted the Vermont senator’s candidacy out of the gate has only grown as he’s taken his campaign on the road (nearly 28,000 people came to see him in Los Angeles on Monday).

Sanders, for his part, has taken steps to improve on a set of issues that dogged him early in the campaign. In response to feedback from Black Lives Matter activists, who have disrupted two of his events, he recently unveiled a “racial justice” platform. He also hired a Symone Sanders, a young black activist who had criticized his rhetoric on race and inequality, as a national press secretary. It’s looking like a campaign that thinks on its feet. And after Tuesday, Team Clinton is officially on notice.