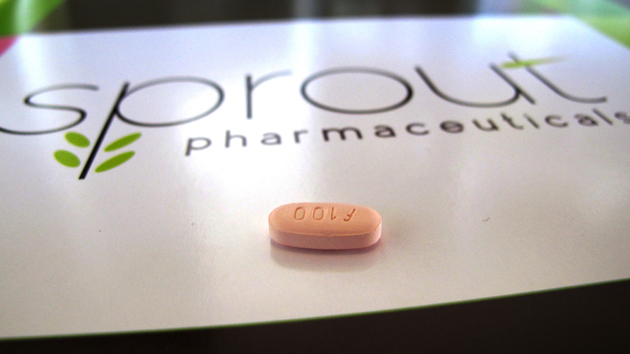 More than 17 years after it ushered in Viagra, the Federal Drug Administration approved the first women’s sex-drive drug, flibanserin, earlier today.  Sprout Pharmaceuticals will manufacture the drug, which they’ve named Addyi, and sell it to women with low libido, or hypoactive sexual desire disorder (HSDD).

While the pill has garnered much attention under monikers like “pink Viagra” or “Viagra for women,” its purpose and mechanism have little in common with the famous blue pill for men. The drug will not physically bring blood to parts of the body to assist arousal, but instead will alter chemicals in the brain to increase sexual desire.

Is this a victory for women after decades of being ignored by biased pharmaceutical researchers?

Well, not necessarily. As we reported in June:

Women who took the drug in trials reported no more than one additional “sexually satisfying event” per month than women who received a placebo.

Not a great track record. Many health experts and academics doubt the existence of HSDD and believe Big Pharma is fabricating a disorder and exploiting gender imbalances to create a new market. Private investors staked some $50 million on flibanserin’s approval, according to Forbes.

The FDA’s decision came after two prior rejections of the drug because of side effects like dry mouth, fatigue, nausea, and fainting. On the bright side, consumers of Addyi ready to jump into bed will be relieved to hear that the side effects have apparently been diminished.