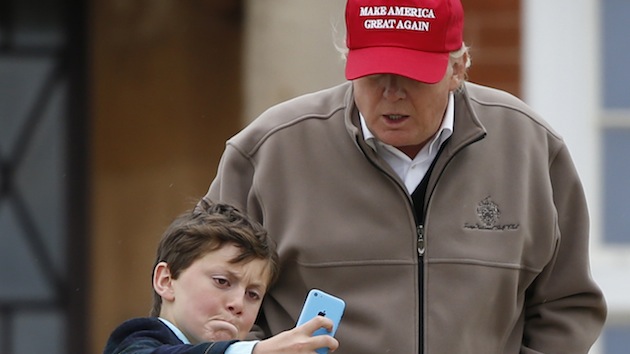 Gawker’s Sam Biddle published Trump’s phone number in a story, responding to Trump’s public reading of Sen. Lindsey Graham’s phone number during a campaign speech in South Carolina on July 21. Biddle argued that the release of Graham’s number was important to maintaining open and direct channels of communication between voters and candidates, and felt that Trump should be held to a similar standard.

But before you pull out your own phone and start dialing, remember that the billionaire is hardly the type to limit himself to a single number.

“It’s a very old number,” a Trump campaign spokesperson told Mother Jones. “This is not one he uses. Mr. Trump has several numbers so he has not experienced any issues.”

It remains to be seen which pyrotechnic method Trump will use to destroy his outed phone in response.