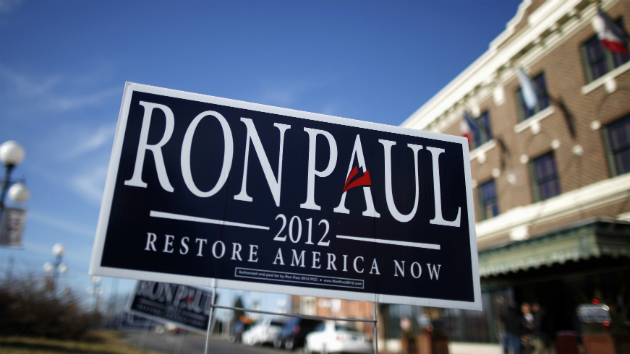 On Wednesday, a trio of conservative operatives with close ties to Rand Paul and his father were indicted for their alleged role in an effort to purchase an influential Iowa Republican’s endorsement of Ron Paul during his 2012 presidential bid. Mother Jones has learned that one of these operatives, Dimitri Kesari, is also a target of a police investigation into a mysterious burglary last year at the Rhode Island home of a Ron Paul staffer who died in 2013. All that was taken, according to local police, was the deceased staffer’s laptop.

Kesari, who served as Ron Paul’s deputy campaign manager during the 2012 campaign, faces federal conspiracy, campaign finance, and obstruction of justice charges for his alleged involvement in paying more than $70,000 to then-Iowa state senator Kent Sorenson to switch his endorsement from Michele Bachmann to Ron Paul ahead of the Iowa caucuses. The burglary case involves the childhood home of one of Kesari’s colleagues on Paul’s campaign team, a young and well-known libertarian activist named Jared Gamble, who died in 2013 at the age of 26. Gamble had worked on both of Ron Paul’s presidential campaigns, as well as on Rand Paul’s 2010 senate bid. He also had a connection to Sorenson, whose 2008 campaign for Iowa state senate Gamble had assisted. Sorenson eventually acknowledged taking money from both the Paul and the Michele Bachmann campaigns and resigned his Iowa state senate seat. He pleaded guilty to federal campaign finance charges last summer and is awaiting sentencing.

Last July, on the one-year anniversary of Gamble’s death, an anonymous donor gave his parents a weekend trip to Maine, according to Glocester police chief Joseph DelPrete. While they were away, their home was broken into. DelPrete says it was not a typical burglary. No valuables or jewelry were taken—only the laptop Gamble had used for his political work.

“I know it appeared they were specifically after a computer,” DelPrete says. “And I will say that Mr. Kesari was, and still is, a target of this investigation. We believe he was involved in some way, along with others unknown to us right now. That’s about all I can say—it is an investigation, but we are not done with it.”

DelPrete says the case still needs to be reviewed by the state police and federal authorities, but notes that he is confident his department will make an arrest. Kesari and his attorney, Jesse Binnall, did not return multiple phone and email requests for comment.

When Gamble passed away unexpectedly in July 2013, his death was mourned widely among libertarian activists allied with the Paul clan. Both Ron and Rand Paul posted condolence messages on their Facebook pages, and a YouTube tribute video featured appearances by key operatives associated with the Paul family’s political machine.

Sorenson opens the video, saying how impressed he was that a then-21-year old Gamble had come to Iowa in 2008 to help him win his first election. Kesari—who has worked in conservative politics as an activist, lobbyist, and campaign staffer—also makes an appearance. He recalled meeting Gamble when the activist, just 17 at the time, began working for the National Right To Work Committee—an anti-union group where Kesari and other Paul family political operatives got their start. Prior to working on Ron Paul’s presidential campaign, Kesari had served as the NRTWC’s director of government affairs. Last year, Kesari turned up on the payroll of Sen. Mitch McConnell’s reelection campaign.

Since meeting at NRTWC, Gamble and Kesari appeared to work closely together. During the 2012 Ron Paul campaign, Gamble served as director of state operations. During that cycle, a company called WireSnap LLC that was owned by Gamble, according to his LinkedIn profile, was paid more than $26,000 for political consulting by the Paul campaign. According to corporate records, the company is now defunct, but the most recent listed registered agent is Kesari.

Kesari was arraigned in Des Moines on Wednesday and pleaded not guilty to the federal charges. His trial is scheduled to start on October 5.