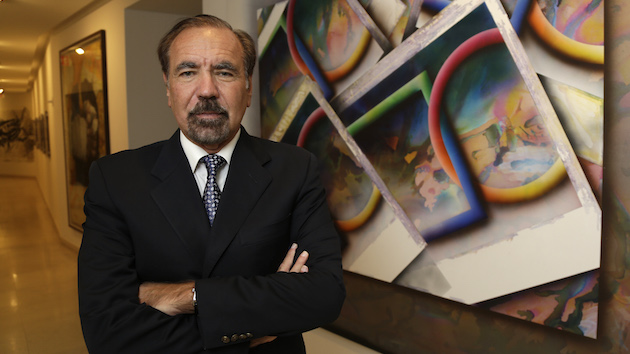 The biggest donors in American politics don’t often cross party lines, but Jeb Bush has scored a major exception. Jorge M. Pérez, a Miami developer known as the “Condo King” for his many high-rise condo projects, has long supported Democrats—and the Clinton clan, in particular—with his campaign contributions. But this presidential election cycle, the billionaire has donated at least $245,000 to Right to Rise, the super-PAC backing Jeb Bush, according to recently filings by the group.

“It’s pretty shocking,” says a Miami-based member of Hillary Clinton’s national finance committee. “It’s not shocking that a traditional Democratic giver from Miami would give to Jeb, particularly a real estate developer, but Pérez is a longtime stalwart Clinton person.”

“He’s someone who is seen as one of the leading Democratic go-to guys for checks, and has been that way for since I’ve been involved in politics,” Ballard says. “I think it’s more indicative of the Jeb Bush story. It’s indicative of Jeb’s crossover appeal.”

Born to Cuban parents in Argentina, Pérez came to the United States to attend college in 1968, and he launched a real estate business in South Florida. Starting with low-income housing, Pérez moved up to building luxury condo buildings, earning the nickname “Donald Trump of the Tropics.” Pérez and Trump are friends and business partners. Pérez owns two condo buildings in Miami—Trump Hollywood and Trump Sunny Isles—that license Trump’s name. Trump wrote the foreword to Pérez’s book, mixing a variety of metaphors to endorse Pérez’s method of real estate investing:

The one person who could teach me something about real estate is Jorge Pérez…In short, he teaches you everything you need to be a true apprentice developer—and not get fired! Jorge has taken lessons from the school of hard knocks and given you a leg up on the competition, and a tremendous head start in becoming as successful as him. Or me!

For years, Pérez has been known in Miami political circles as a Democrat and a strong supporter of Hillary Clinton. According to the nonpartisan Center for Responsive Politics (where I used to work), Pérez has donated at least $94,000 since 1991, of which just $6,100 went to Republicans. He has given at least $8,800 to the various campaigns of Bill and Hillary Clinton, and he hosted fundraisers for Hillary (and later for Barack Obama) in 2008.

According to Haute Living magazine, as late as 2013 Pérez described himself as deeply enamored of the Clintons:

As Pérez’s business took off, he found himself frustrated with the first Bush administration and decided to get involved, although he wasn’t sure how or with who. Eventually, he took an interest in the Governor of Arkansas, a long-shot presidential candidate who Pérez says had little chance of winning. He went out to meet Bill and Hillary Clinton, and confesses that he “actually kind of fell in love.”

“He’s probably the most intelligent man that I have ever met and certainly the most charming,” he says. Clinton swept the election and Pérez became a confidante who traveled many times to the White House to not only socialize with Clinton, but also offer advice on Cuban policy.

Freddy Balsera, a Democratic operative in Miami who has strong ties to the Obama administration and the Clinton campaign but has also worked with Republicans, played down the idea that Pérez was being disloyal. “I know sometimes there are relationships that go beyond partisan politics, and there are other dynamics involved,” Balsera says. “I’m certainly not going to chastise Jorge. He’s free to spend the money. I’m very confident he’s going to give money to the Clinton campaign because he always has. One of the last times I saw him was at a Clinton Global Initiative event, last year.”

But does the fact that Bush has the ability to pull in money from a major Hispanic financial backer of Democrats worry Balsera? “Absolutely,” he says. “It’s not only Democratic donors—Jeb could also make a strong play for Hispanic voters, just knowing his background and the way he approaches politics. He has relationships with Democratic donors in South Florida, and he also has deep relationships within the Hispanic community around the country.”

In mid-July, Bush appears to have flown around the country on a jet owned by Pérez, making campaign stops in Iowa, California, and Nevada. A Cessna Citation X registered to a company Pérez owns traveled a route identical to Bush’s. Bush’s campaign would not confirm that it used the jet, saying only that it chartered a plane for the trip, and Pérez did not respond to requests for comment on the use of the plane.

The plane is available for charter through a South Florida jet rental company. Based on rates for similar planes from other jet brokers, the cost of the flights easily exceeded $65,000. It’s relatively common for donors to lend planes to campaigns, allowing candidates and their staffers to avoid the hassle of commercial air travel or of finding and booking a charter jet, especially one that can be chartered for a long, multistop campaign swing. But even if Pérez made the plane available personally, the Bush campaign would still be required to reimburse him to avoid running afoul of campaign finance rules. Bush wouldn’t be required to disclose that reimbursement until his next campaign filing, in October.