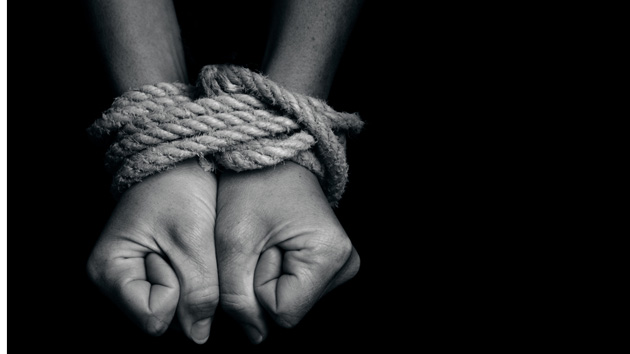 The State Department inflated the grades of diplomatically sensitive countries in its yearly assessment of human trafficking around the globe, according to an investigation published by Reuters on Monday.

A negative ranking in the department’s annual “Trafficking in Persons Report” can shame offending nations, and even lead to sanctions. And while it isn’t unusual for the rankings to be reviewed by officials outside the Office to Monitor and Combat Trafficking in Persons—the State Department unit home to analysts who investigate countries’ trafficking records—Reuters suggests that this year’s report was subject to unprecedented interference from senior officials. As the investigation explains:

The analysts, who are specialists in assessing efforts to combat modern slavery—such as the illegal trade in humans for forced labor or prostitution—won only three of [17] disputes [with senior diplomats outside the Office], the worst ratio in the 15-year history of the unit…As a result, not only Malaysia, Cuba and China, but countries such as India, Uzbekistan and Mexico, wound up with better grades than the State Department’s human-rights experts wanted to give them.

The State Department denies that the ratings issued in the final report were politically motivated. But countries that at the moment are particularly diplomatically strategic for the United States were given higher grades than the human trafficking analysts originally recommended. The experts were shot down, for example, when they tried to put Malaysia, Cuba, and China on the Tier 3 “blacklist,” a level reserved for countries with the worst records that can trigger sanctions. (Instead, they were placed on the Tier 2 “watch list,” a category for countries needing special scrutiny but still judged to be making significant efforts to meet minimum standards.) Reuters explains:

The Malaysian upgrade, which was highly criticized by human rights groups, could smooth the way for an ambitious proposed U.S.-led free-trade deal with the Southeast Asian nation and 11 other countries. Ending Communist-ruled Cuba’s 12 years on the report’s blacklist came as the two nations reopened embassies on each other’s soil following their historic détente over the past eight months. And for China, the experts’ recommendation to downgrade it to the worst ranking, Tier 3, was overruled despite the report’s conclusion that Beijing did not undertake increased anti-trafficking efforts.

For Malaysia, where dozens of suspected mass migrant graves were discovered this spring, placement on the Tier 2 watch list was particularly important: As the Washington Post reports, if the Southeast Asian country had been put in Tier 3, it could not have participated in the Trans-Pacific Partnership, the controversial trade and investment deal that the Obama administration has been trying to push through Congress this year.