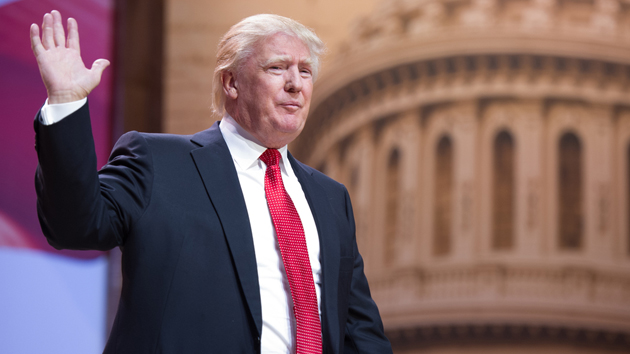 Back in July, former Maryland Gov. Martin O’Malley apologized for saying “all lives matter” to a group of Black Lives Matter activists who had interrupted one of his speeches.

“That was a mistake on my part, and I meant no disrespect,” the Democratic presidential hopeful said. “I did not mean to be insensitive in any way or communicate that I did not understand the tremendous passion, commitment, and feeling and depth of feeling that all of us should be attaching to this issue.”

Great, a well-spoken, sincere apology from a white guy who, if given the benefit of the doubt, probably just didn’t know any better. Problem solved, right?

In an interview on Fox News that is set to air Saturday night, Donald Trump blasted O’Malley’s apology.

“And then he apologized like a little baby, like a disgusting, little, weak, pathetic baby,” Trump said. “And that’s the problem with our country.”

Though many will groan at an adult hurling insults at another adult for realizing he made a mistake and attempting to correct himself, O’Malley may be loving the Trump exposure, considering he has been known to participate in some good old-fashioned trolling of the real estate tycoon himself.

Mother Jones has reached out to the O’Malley campaign, and we will update if it responds.

“Governor O’Malley stands with those who have the guts to stand up to Donald Trump’s hate speech. It speaks volumes about the Republican Party today that this is their frontrunner. Unlike the rest of the Republican field, we’re not interested in engaging in a race to the bottom with Mr. Trump.”