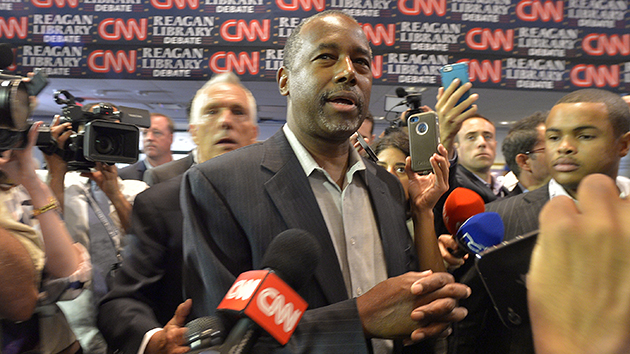 During a discussion about the US military at the Republican debate on Wednesday night, Dr. Ben Carson said Marines were not ready to be deployed. He was likely referring to something he’s said before, which is that perhaps half of the Marines’ nondeployed units aren’t ready to be deployed. Whatever the fine points, his comment didn’t land well with people on Twitter:

Claim from Carson, “our Marine Corps is not ready to be deployed,” insults thousands of Marines deployed around the world at this instant.

Dr. Carson, FYSA: Marines are not only ready, they are deployed and deploying right now.

I would like to hear Carson say our Marines are not ready to a platoon of Marines. Actually say it to just a fire team. #CNNDebate

#BenCarson just said that the #Marines are not ready to deploy. Ben Carson has clearly never met a United Stated Marine. #GOPDebate

Dude. It just hit me that Ben Carson said the Marines aren’t ready to deploy??? Is he fucking serious?