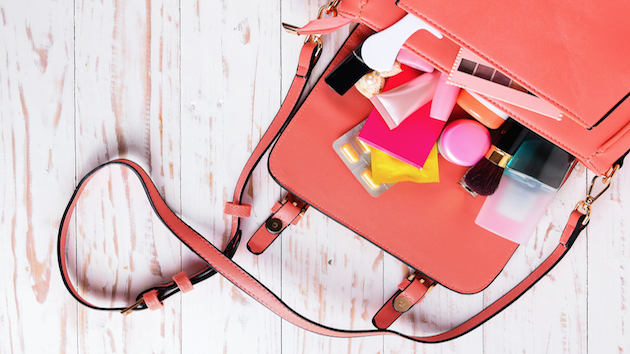 When the Food and Drug Administration approved the first abortion pill in the United States 15 years ago this September, the politics of the decision were so fraught that the agency wouldn’t even name the officials behind its decision. The pharmaceutical company making the drug—a pill called mifepristone—took pains to hide its address.

September 28 marks 15 years since the FDA approved mifepristone. And today, those fears seem misplaced. Since 2000, more than 2 million women have used the drug to have an abortion in the first nine weeks of pregnancy. Twenty-three percent of women who have an abortion today get a so-called medical abortion—most of them, using mifepristone. The drug has radically reshaped abortion availability for rural women, and Danco, the drugmaker, is out in the open.

Violent anti-abortion opponents, in other words, are no longer standing between women and mifepristone. Instead, as with so many facets of abortion in modern America, abortion foes are going after the abortion pill with restrictive new laws. It is easy to see why. When polled, patients say they appreciate the privacy afforded by the pill. (Mifepristone is part of a two-drug regimen, and the second course can be taken at home.) It is also less expensive than a surgical abortion. Linda Greenhouse, a legal contributor to the New York Times, called it “the ultimate in women’s reproductive empowerment and personal privacy.” But the 2 million figure belies a sustained, and in many cases, successful campaign by conservative lawmakers and activists to put mifepristone out of reach. A decade and a half after mifepristone came on the market, abortion foes are blocking its progress with a vengeance.

The attacks on mifepristone come in two varieties: those that ban telemedicine, and those that force women taking the abortion pill to spend more travel time and money.

Telemedicine is what has allowed mifepristone to be part of a sweeping change in abortion access for thousands of rural women. Ground zero is in Iowa, at Planned Parenthood of the Heartland: Several times a week, Jill Meadows, a Planned Parenthood physician, appears via video conference to patients in seven other Planned Parenthood clinics across the state. A nurse seats a woman in a room with a computer monitor. Meadows and the patient talk via video feed. The patient takes the mifepristone with Meadows watching. Then, with a remote control, Meadows opens a drawer next to the woman containing pills that will cause the uterus to expel the pregnancy. The woman takes those pills at home; essentially, she has the abortion at home.

“It’s not much different at all whether I’m in the clinic,” Meadows recently told Mother Jones. “It’s the same exact process,” albeit one that saves many women hours of driving.

But since 2011, 18 states have banned telemedicine abortions—nine of them before local abortion providers had even gotten a telemedicine program like Iowa’s up and running. In Iowa, the program was nearly eliminated: In 2013, Republican Gov. Terry Branstad appointed a Catholic priest who had lobbied against it to the nine-person state board of medicine, which promptly shut down the program—though it was saved in the end by the Iowa Supreme Court.

The other, more clever but more type of restriction requires doctors to follow the original, FDA-approved guidelines when prescribing mifepristone. The laws sound reasonable. But abortion rights proponents and mainstream medical groups argue that these rules prevent doctors from practicing medicine the way they always have: by using superior prescribing methods developed by physicians over time after a drug goes on the market. After two decades of prescribing mifepristone in the United States and Europe, major medical organizations such as the American College of Obstetricians and Gynecologists have determined that mifepristone is more effective and entails fewer side effects with a slightly different dosage. The newer doses is called the “evidence-based” or “off-label” method of prescribing. In the United States, up to half of all prescriptions are written off-label—that is, not following original FDA guidelines.

The newer regimen is far more reliable with fewer unpleasant side effects. A 2013 study of nearly a quarter-million such abortions found that less than 1 percent of women experienced adverse events. And for the vast majority of those women, the adverse event was that they were still pregnant.

The FDA regimen has a much higher failure rate that multiplies as the weeks go by. While no study has ever made a direct comparison, a 1998 study of 2,100 women published in the New England Journal of Medicine found that by the ninth week of pregnancy, the FDA regimen failed for one in four women: Either the abortion wasn’t complete, or they were still pregnant. And while the older regimen is not unsafe, fully 99 percent of the women in the study experienced a notable side effect. These included nausea, cramps, faintness, vomiting, back pain, and fever.

This is the irksome drug regimen that Arkansas, Ohio, and North Dakota doctors have to prescribe, by law, if they want to prescribe abortion medications at all. (Arizona and Oklahoma have passed similar laws that are on hold due to lawsuits.) Reproductive rights groups have argued that these laws are virtual bans on abortion pills: A majority of clinics in Oklahoma, for example, proclaimed that the FDA regimen is so far beneath the standard of care that they would not prescribe it.

Dr. David Burkons, a physician in Cuyahoga Falls, Ohio, who does offer medication abortions under the old FDA rules, nonetheless thinks the old way is a mess. In an interview for a recent Mother Jones feature, he explained why: Because the outdated method requires women to take more of the mifepristone than they need, the procedure costs an extra $160. Women have to make an extra trip for the second dose of drugs—the misoprostol that expels the pregnancy. In the past, women took this dose at home for a very good reason: Misoprostol causes women to bleed almost immediately. Now, the unlucky ones start gushing on the drive home. FDA guidelines call for women to take the misoprostol by swallowing it. But it is more effective to take it vaginally or by absorbing it under the tongue. When they swallow it, some of Burkons’ patients puke it up. Others don’t absorb it well and don’t expel all of the pregnancy.

And although this is the method that abortion foes say they support, they are also eager to exploit the problems that come with this method of perception:

Since Burkons started prescribing abortion pills under the rules promoted by abortion opponents, he has reported 17 instances of patient complications to the state health department. Almost all of those women had experienced incomplete abortions—an inevitable outcome when using the outdated dosage. Operation Rescue, an anti-abortion group, got hold of those reports and splashed them across its website. “His dangerous abortion operation should be closed permanently,” said Troy Newman, the group’s president, “in order to protect women.”

Abortion foes insist they support such restrictions for reasons of women’s safety. Americans United for Life, the legal arm of the anti-abortion movement, portrays the practice of prescribing the abortion pill via telemedicine—as opposed to in person—as dangerous.

Reproductive rights groups counter that years of data show abortion pills to be exceedingly safe: Of the 1.5 million women who took mifepristone between 2000 and 2011, 612 had complications serious enough to require hospitalization. In 2013, the FDA investigated the deaths of eight women from severe infection after taking mifepristone and found that their infections were unrelated to the drug. (The AUL continues to link their deaths to mifepristone today.)

Regardless, abortion foes have been so successful in limiting the abortion pill that a decade and a half after the drug was approved, women having abortions in the United States are much less likely to use mifepristone than many of their foreign counterparts. Only a quarter of abortions in the United States use any kind of abortion drug. In France, Scotland, and Sweden, by contrast, more than half of early abortions are performed using mifepristone.

The burden is compounded in states that also force women to wait a certain amount of time between their initial visit to an abortion provider and the day of the procedure. In those states, such as Texas, it takes a woman four in-person trips to the doctor for a medical abortion: one for the initial visit, one for each dose, and a fourth trip for a follow-up visit. (In less restrictive states, it only takes two trips—once for the first dose and again for the follow-up.) Some laws require the doctor administering the abortion drug to be present in the clinic for all four visits. Because many abortion providers travel between locations, some abortion clinics simply can’t offer mifepristone.

The extra trips makes the abortion pill a burdensome option even for women who live near an abortion clinic. In March, a young woman living 30 miles outside Austin asked Fund Texas Choice, a nonprofit that provides financial assistance for women who have to travel great distances for abortions, for help paying for gas. An official for the nonprofit shared her itinerary with Mother Jones. It shows the woman driving 60 miles round trip every day at noon, four times in one week. Her trips covered the same distance from Austin to the Mexican border.

Renee Chelian owns several abortion clinics in Michigan, where telemedicine abortions are banned. Speaking to Mother Jones just a few months before the 15-year anniversary, she summed up the landscape like this: “The simplest method of abortion is now too burdensome.”