Fugitive leaker Edward Snowden has bunkered down in Russia, but he has remained in the public eye via media interviews, Skype chats, and the like. And now he’s taken another step at increasing his profile: He’s joined Twitter.

Can you hear me now?

And, in a way, he trolled the former government agency he once worked for as a contractor: His first and, initially, only follow was an NSA Twitter account. 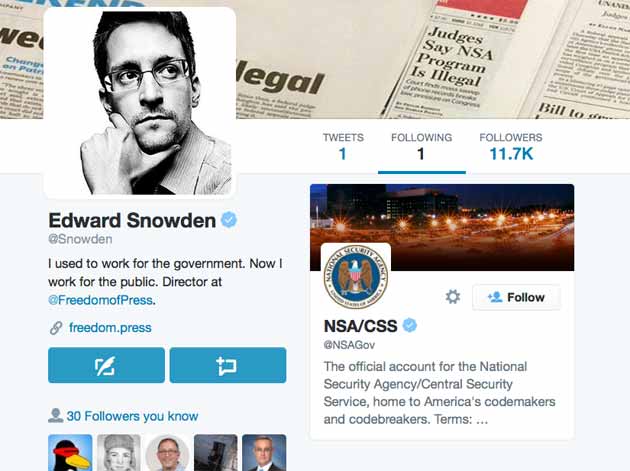 .@neiltyson Thanks for the welcome. And now we’ve got water on Mars! Do you think they check passports at the border? Asking for a friend.