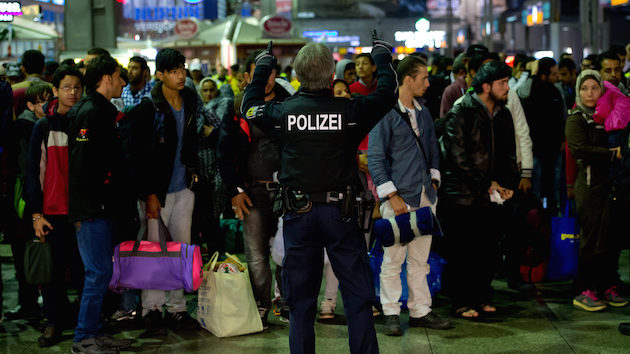 Two weeks ago I wrote about what might happen if Germany decided to start policing its borders again in response to the huge numbers of refugees and migrants entering the country. Now we’re going to find out.

The German government has announced that the country is closing its border with Austria and also suspending train traffic to and from its southern neighbor, the route by which tens of thousands of refugees have entered Germany in recent days. Those borders have been open for nearly 20 years under the Schengen Agreement, which turned most of the European Union into one large free-travel zone with no internal border checks. Until now, you could go from Berlin to Amsterdam or Paris much like you were going from New York to DC. Along with the euro, the Schengen zone is considered one of the European Union’s most important achievements, a powerful symbol of European unity as a well as a major booster of trade and tourism. All of that now hangs in the balance as the refugee crisis strains internal EU politics.

German politicians, including Chancellor Angela Merkel, have been hinting at closing German borders for weeks, hoping to get the European Union moving on a quota system that would send more of the refugees to other countries. Germany is currently taking in the majority of asylum seekers and migrants, while other EU countries are resisting. Vice Chancellor Sigmar Gabriel told Berlin’s Der Tagesspiegel newspaper that Germany is “reaching the limits of its capabilities” and called for an EU-wide response to the refugee influx. “By the time thousands of people are walking on the Autobahn, it’s too late,” he said.

Reinstating border checks is sign of how frustrated the German government is with its neighbors—and how divisive the refugee problem is within the European Union. “The migrants have to accept that they cannot simply choose an EU member country,” Interior Minister Thomas de Maizière said while announcing the new policy.

Germany says the border closure is temporary. But it’s the first major EU country to take such a step to deal with an ongoing crisis like this, and many are wondering whether it will prompt other Schengen countries to do the same.

Is this the end of Schengen?