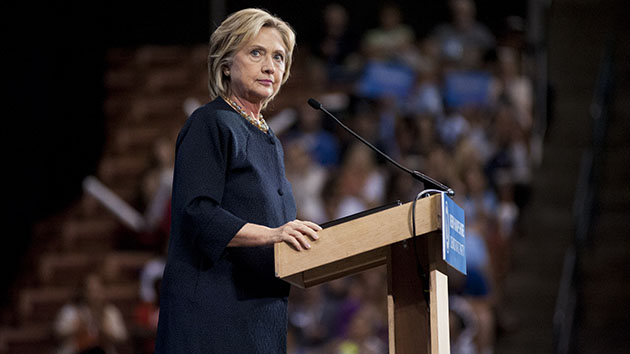 Hillary Clinton rolled out her latest policy plank in Des Moines, Iowa, on Tuesday afternoon. The Democratic front-runner described how, if elected president next year, she would try to rein in the spiraling costs of prescription medications.

Clinton is spending this week of her campaign touring the country explaining her proposals for health care and touting the benefits of the Affordable Care Act. Obama’s success in passing health care reform poses a tricky problem for Clinton: championing health care expansion has long been one of her signature causes going back to Bill Clinton’s first term as president. But the current Democratic president has already passed the overall infrastructure for covering the uninsured across the country. Now Clinton will need to run on protecting that legacy, while tinkering with the ACA around the margins to bolster its weak points.

“As president I want to go further,” she said Tuesday. “I want to strengthen the Affordable Care Act.”

Her drug plan would start by capping the amount of out-of-pocket expenses consumers can be charged under insurance plans at $250 per month. Of course, transferring the extra costs onto the insurance companies wouldn’t solve the all of the problems, since insurers would likely make up for their expenses through higher premiums.

She said earlier this week that her goal is to implement policies that would reduce spending on prescription medications by $100 billion over the next 10 years and proposed a number of strategies reach that goal. For example:

You can read a full explanation of her suggestions on Clinton’s website.

Pharma was already gunning for Clinton even before her speech announcing the policy proposal. As The Hill reported, the head of the pharmaceutical lobby preempted her statement with its own that blasted the plan, saying it “would turn back the clock on medical innovation and halt progress against the diseases that patients fear most.” Pharma might have good reason to be worried. On Monday, Bloomberg attributed a quick, steep drop in Nasdaq’s listing of biotech stocks to a Clinton tweet in which she linked to a New York Times article on a company that had jacked up the price of an old drug, saying, “Price gouging like this in the specialty drug market is outrageous.”