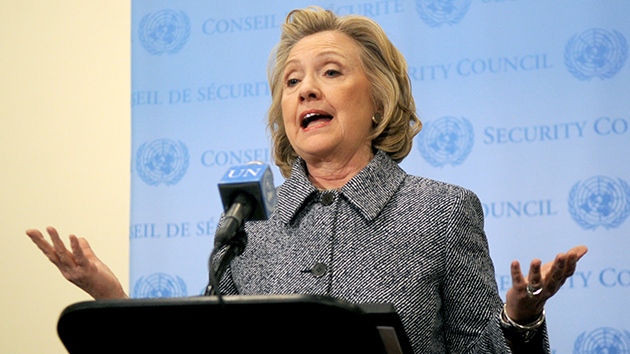 Hillary Clinton, in March 2015, addresses concerns about her use of a private email server.Dennis Van Tine/Zuma

The State Department today released the fifth batch of Hillary Clinton’s emails from her time as secretary of state, as part of the ongoing effort to make public the more than 30,000 emails she sent and received while in office. The latest release includes about 6,300 pages, containing roughly 3,900 emails sent between October 2010 and September 2011, bringing the total number released so far to nearly 20,000. The State Department will continue releasing monthly batches through January 2016.

The emails offer a behind-the-scenes glimpse into the operations of the State Department under Clinton, with everything from mundane scheduling concerns to more serious matters of diplomacy. There are some comical gems in there, too. In this email, the White House operator did not forward Clinton’s call because she did not believe Clinton was who she said she was:

There was also the time Sen. Chris Coons’ (D-Del.) feelings were hurt because she didn’t recognize him:

And the time she joked about “the Chinese” playing games with her email:

“Must be the Chinese!” pic.twitter.com/Fro8leIgzi