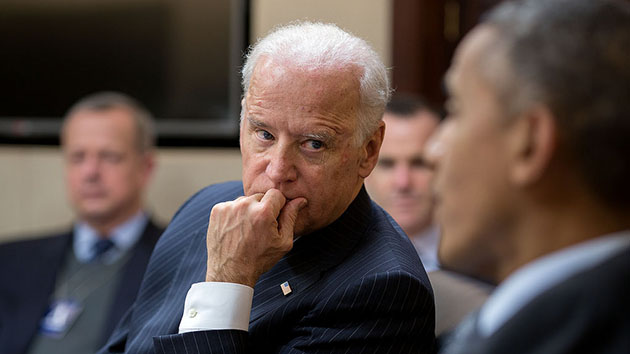 Vice President Joe Biden has an extra time buffer to decide if he wants to launch a campaign thanks to CNN’s criteria for the first Democratic presidential debate, which the cable news network will host in Las Vegas on October 13. On Monday, CNN released its rules for qualifying for the debate, stating that the Democratic wannabes must have averaged just 1 percent in three polls between August and early October. That means all the main candidates have scored an invite: Hillary Clinton and Bernie Sanders, of course, but also Martin O’Malley, Lincoln Chafee, and Jim Webb (who seems to be barely running at this point).

Perhaps most importantly, CNN gave the still-deciding Biden plenty of time to continue mulling over his decision. The network said that, as long as they meet the polling criteria, the candidates have until the day of the debate to formally announce their intention to seek the presidency just so long as they plan to submit paperwork to the Federal Election Commission or make an official announcement by October 14, the day after the debate. And Biden would have no trouble with the poll threshold. He has been steadily creeping up in the polls over the past month, with recent surveys putting him in a solid third place with about 20 percent support among Democrats nationally.

Biden has been taking his time before jumping in or out of the race. Initial indications had been that he would make up his mind over the summer, likely by August. But the timeline on when Biden will announce his plans keeps creeping further back, as Biden continues to mourn the death of his son Beau. “I’d be lying if I said that I knew I was there,” Biden said of his presidential decision during a recent interview with Stephen Colbert.