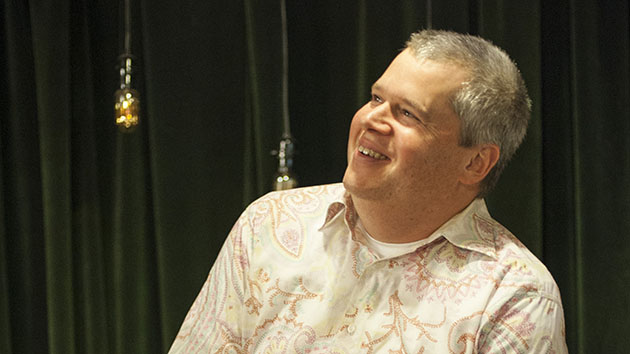 Daniel Handler, better known as Lemony Snicket and the author of the Series of Unfortunate Events children’s books, announced yesterday that he and his wife, the illustrator Lisa Brown, would donate $1 million to Planned Parenthood.

.@lisabrowndraws & I are giving 1 million dollars to @PPFA. We’ve been very fortunate, and good fortune should be shared with noble causes.

The women’s health care provider, which has been the target of multiple suspected arsons this summer, is currently facing potential funding cuts from Congress. We spoke to Handler and Brown about their decision to support the organization.

“Arson and propaganda, not to mention the umpteenth threat of defunding, seemed to demand some counterbalancing.”

Mother Jones: Why did you decide to give such a large sum to Planned Parenthood?

Daniel Handler and Lisa Brown: We’ve been enthusiastic supporters of Planned Parenthood for a long time, and watching their recent deceitful pummelling was frankly more than we could take.

MJ: What’s your connection to the organization?

DH & LB: We’re Americans and human beings.  We believe in people making their own reproductive choices.  Planned Parenthood has been essential in the lives of many, many people around us.

MJ: Why do you think your donation is needed right now?

DH & LB: Arson and propaganda, not to mention the umpteenth threat of defunding, seemed to demand some counterbalancing.

MJ: Where do you think reproductive rights are headed in the US?

DH & LB: Truth and justice will prevail, but we ought to make it happen sooner rather than later.

Planned Parenthood tweeted back at the couple: