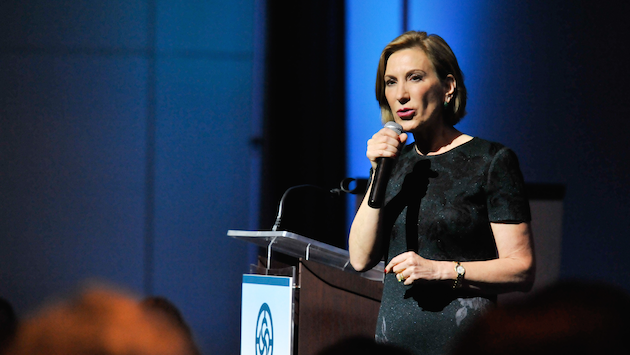 On Tuesday, an anti-abortion activist released the full recording of the video discussed by Republican presidential candidate Carly Fiorina during a GOP debate earlier this month. In her remarks, Fiorina memorably described the video showing a “fully formed fetus on the table, its heart beating, its legs kicking, while someone says we have to keep it alive to harvest its brain.”

Time first reported the full video today, despite the fact that activist Gregg Cunningham was unable to confirm where the video was found or if it even had anything to do with Planned Parenthood.

“I am neither confirming or denying the affiliation of the clinic who did this abortion,” Cunningham told Time.

The video was released just hours ahead of today’s much anticipated Planned Parenthood hearing before the House Oversight Committee, where Cecile Richards, Planned Parenthood’s president, is speaking before Congress for the first time to defend the health organization against Republican attacks. The push to defund the organization comes in the wake of an ongoing sting campaign using secretly recorded and selectively edited videos that suggest Planned Parenthood officials are discussing the sale of fetal tissues from abortions.

Fiorina’s description of the abortion video during the September GOP debate was quickly praised by conservatives and her overall performance catapulted her to second place in several polls among the slew of Republican presidential hopefuls. But after the video described by Fiorina was questioned, her supporters scrambled to create their own abortion video using heavily edited footage of several different clips.

Cunningham’s refusal to state the video’s source on Tuesday, combined with Time‘s own observation that “there are no images on the full video of any attempt to harvest the brain of the fetus, and there is no sound,” was ignored by many on social media who still insist the full recording lends credibility to Fiorina’s initial description.

Please tell me again how @CarlyFiorina was lying during the debate about fetus organ harvesting. http://t.co/mgfmQANiJ8

But our own Kevin Drum points out the problem:

The video was not taken at a Planned Parenthood clinic. The fetus shows some reflexive movement, but that’s all. No one says the fetus has to be kept alive. No one harvests the brain.

But other than that, Fiorina was 100 percent correct!