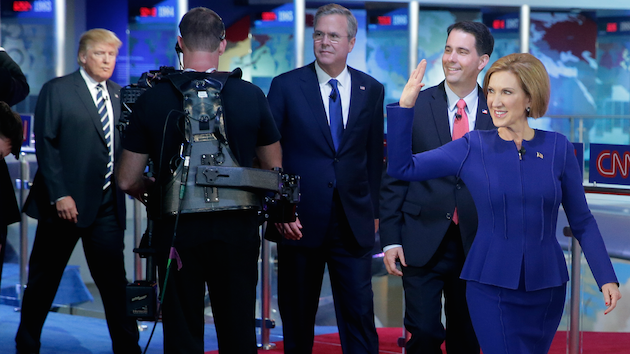 The moderators of CNN’s Wednesday night debate didn’t finish their first round of questions for the Republican presidential contenders before talk turned to Planned Parenthood. State after state investigating the explosive but doctored sting videos accusing Planned Parenthood of selling fetal organs has found the allegations—such sales would be illegal—to be false. But that hasn’t stopped the 11 top-ranked GOP candidates from skewering the organization and promising to strip its federal funding. Here’s what they said:

Sen. Ted Cruz of Texas — CNN corespondent Dana Bash asked Cruz if his determination to shut down the government in order to defund Planned Parenthood was deadly to the Republican ticket for president. “These Planned Parenthood videos are horrifying,” Cruz said. “Planned Parenthood also essentially confesses to multiple felonies…Absolutely we shouldn’t be sending $500 million of taxpayer money to funding an ongoing criminal enterprise, and I’ll tell you, the fact that Republican leadership in both houses has begun this discussion by preemptively surrendering to Barack Obama and saying, ‘We’ll give in because Obama threatens a veto.’ We need to stop surrendering and start standing for our principles.”

Gov. John Kasich of Ohio — Bash asked the governor if he supported Cruz’s strategy to defund Planned Parenthood. “I agree that we should defund Planned Parenthood,” he said. “And in my state, we’re trying to figure out how to get it done.” At the same time, he said, he opposed shutting down the government. “The president of the United States is not going to sign this, and all we’re going to do is shut the government down, and then we’re going to open it up, and the American people are going to shake their heads and say, ‘What’s the story with these Republicans?'” 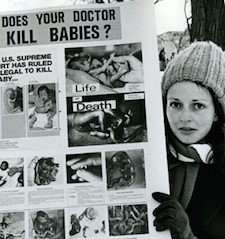 Read more about how Scott Walker and Chris Christie became part of the 30-year fight to defund Planned Parenthood.

Former Hewlett-Packard CEO Carly Fiorina — The former tech CEO made the night’s oddest remark about Planned Parenthood: “I would like to link these two issues, both of which are incredibly important: Iran and Planned Parenthood.” Without strictly linking them, she continued, “As regards to Planned Parenthood, I dare Hillary Clinton and Barack Obama to watch these tapes. Watch a fully formed fetus on the table, its heart beating, its legs kicking while someone says, ‘We have to keep it alive to harvest its brain'”—a moment that does not actually appear in the videos.

Gov. Scott Walker of Wisconsin — As CNN’s Jake Tapper tried to redirect the conversation away from abortion, Walker interrupted him. “I, like so many other governors here, defunded Planned Parenthood, four and a half years ago, in a blue state,” Walker said. “But I think the bigger issue here is we should be able to do this nationally, and this is precisely why so many Republicans are upset with Washington.”

Former Gov. Jeb Bush of Florida — Bash asked Bush to discuss his remark that he was “not sure we need a half billion for women’s health issues”—which Bush called a misstatement. “I’m the most pro-life governor on this stage,” Bush said. “Life is a gift from God. And from beginning to end we need to respect it and err on the side of life. And so I defunded Planned Parenthood. We were the only state to fund crisis pregnancy centers with state monies. We were totally focused on this. And I would bring that kind of philosophy to Washington, DC.”

“There are 13,000 community-based organizations that provide health services to women, 13,000 in this country,” Bush said, repeating a popular conservative myth that other groups could step up to replace Planned Parenthood. “I don’t believe that Planned Parenthood should get a penny from the federal government.”