We love Pluto. We love that we know so much more about it now—after the spacecraft New Horizons hurtled 3 billion miles to get there and send back the amazing Pluto pictures that arrived in July. Today, NASA released a new set of images that bring us right up close to the planet’s weird, chaotic surface in unprecedented detail.

“This is what we came for—these images, spectra and other data types that are going to help us understand the origin and the evolution of the Pluto system for the first time,” said New Horizons Principal Investigator Alan Stern, of the Southwest Research Institute (SwRI) in Boulder, Colorado. “And what’s coming is not just the remaining 95 percent of the data that’s still aboard the spacecraft—it’s the best datasets, the highest-resolution images and spectra, the most important atmospheric datasets, and more. It’s a treasure trove.”

Our friend Phil Plait at Slate has some more detail about what these images tell us. But for now, just check them out for yourself. Kickass! 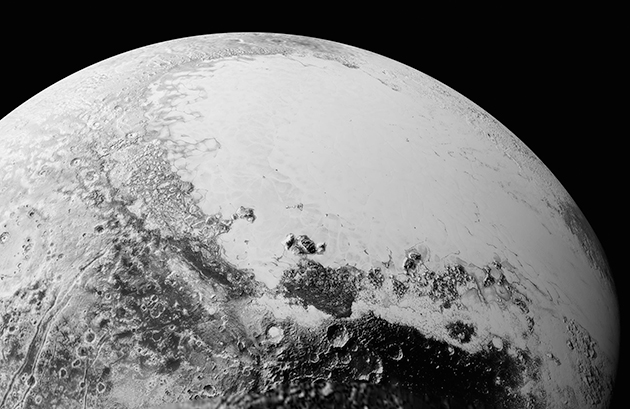 NASA: “This synthetic perspective view of Pluto shows what you would see if you were approximately 1,100 miles above Pluto’s equatorial area, looking northeast over the dark, cratered, informally named Cthulhu Regio toward the bright, smooth, expanse of icy plains informally called Sputnik Planum. The entire expanse of terrain seen in this image is 1,100 miles across.” NASA 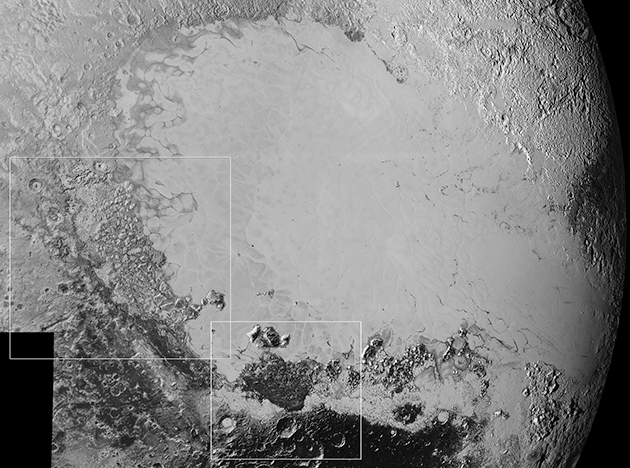 NASA: “This image features a tremendous variety of other landscapes surrounding Sputnik. The smallest visible features are 0.5 miles in size, and the mosaic covers a region roughly 1,000 miles wide.” The white squares outline close-ups in the following two images. NASA 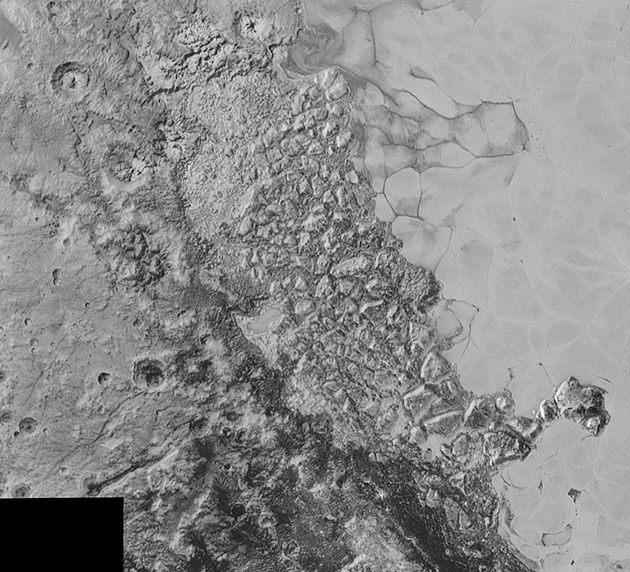 A close-up from the image above, this is called the “chaos region” because of the diversity of surface geology. NASA 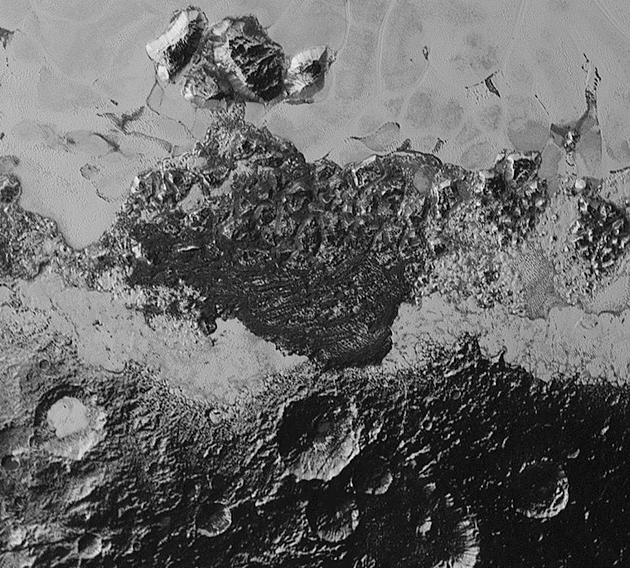 NASA: “Two different versions of an image of Pluto’s haze layers, from a distance of 480,000 miles. Pluto’s north is at the top, and the sun illuminates Pluto from the upper right. The left version has had only minor processing, while the right version has been specially processed to reveal a large number of discrete haze layers in the atmosphere. In the left version, faint surface details on the narrow sunlit crescent are seen through the haze in the upper right of Pluto’s disk, and subtle parallel streaks in the haze may be crepuscular rays—shadows cast on the haze by topography such as mountain ranges on Pluto, similar to the rays sometimes seen in the sky after the sun sets behind mountains on Earth.” NASA 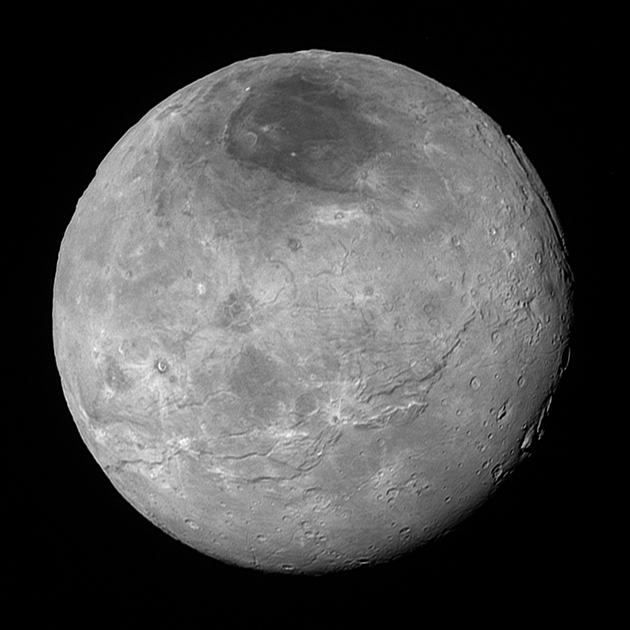