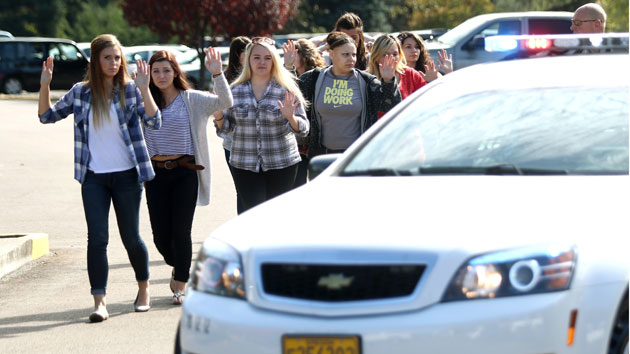 Students, staff, and faculty are evacuated from Umpqua Community College in Roseburg, Oregon, after a mass shooting on October 1, 2015. Michael Sullivan/The News-Review

Following today’s mass shooting at Umpqua Community College in Oregon, White House Press Secretary Josh Earnest said that President Obama wants to see “sensible steps” to prevent gun violence, including expanding background checks to all gun purchases. While Congress has repeatedly punted on that proposal, a large majority of Americans say they are on board with it. According to a poll taken just last week by Quinnipiac University in Connecticut, 93 percent of registered voters said they would support universal background checks for all gun buyers—even as nearly half said they oppose stricter gun control laws. 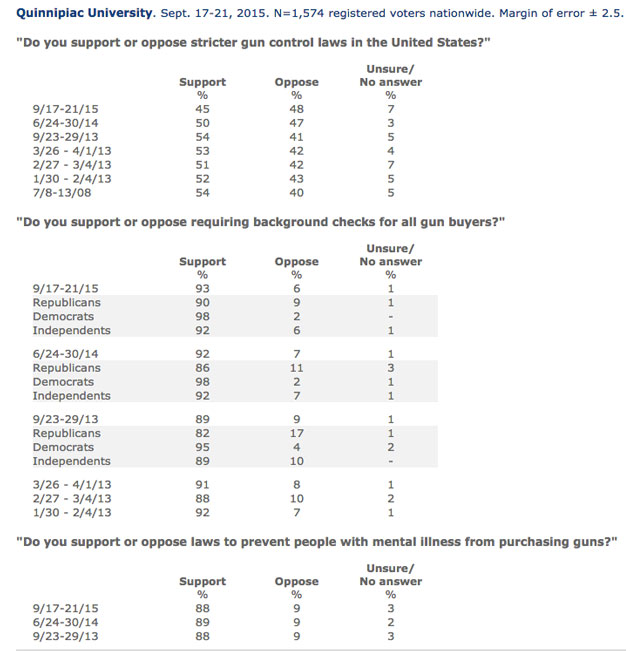