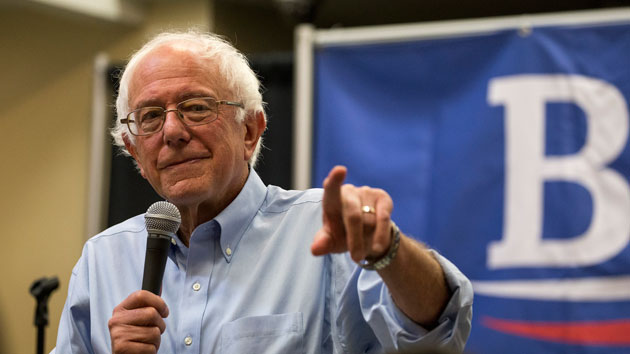 Bernie Sanders’ presidential campaign brought in $26 million in the third quarter of fundraising—just $2 million less than former Secretary of State Hillary Clinton, the front-runner for the Democratic nomination. For a candidate who’s eschewed super-PACs and high-dollar fundraising, it’s kind of an astounding figure. The New York Times‘s Nick Confessore puts it in perspective:

Mrs. Clinton has relied on the full force and reach of one of the most prominent Democratic politicians in the world, rousing small donors but also investing far more time and energy than Mr. Sanders in courting those who can give the maximum $2,700 for her primary campaign.

Mrs. Clinton attended at least 58 fund-raisers during the last three months, according to her campaign schedules, and sent her husband, former President Bill Clinton, or top aides to others.

Despite all of that, her overall haul was negligible. And Sanders’ reliance on small-dollar donors means he can hit them up again and again if he needs to. Consider that on Wednesday, Sanders’ presidential campaign also hit its one millionth individual donation—the most, by far, of any 2016 candidate. (By contrast, then-Sen. Barack Obama didn’t reach 1 million contributions until February 2008.)

The national polls still point to a comfortable Clinton lead—and an overwhelming advantage with nonwhite voters—but Sanders just guaranteed he’ll have plenty of money to get his message out in the first round of primaries and beyond.