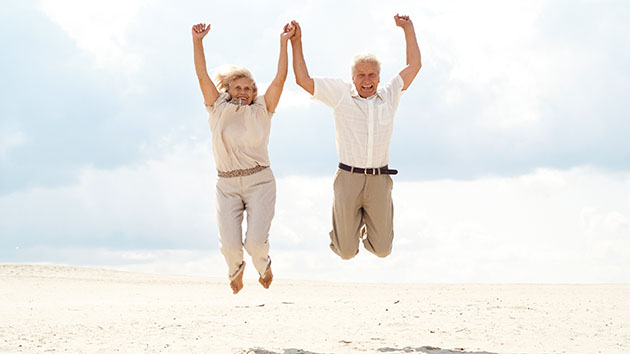 When news of a bipartisan budget deal began to emerge Monday night, progressives immediately worried that President Obama and the Democrats in Congress would allow cuts to entitlement programs in order to strike a deal with Republicans. “The White House, every Democrat running for president, and every Democrat in Congress should make clear that any deal that cuts Social Security, Medicare, or Medicaid benefits would be unacceptable policy—and politically, would be wildly unpopular with voters,” the Progressive Change Campaign Committee said in a statement. House Speaker John Boehner didn’t do much to allay their fears, saying on Tuesday that the deal “is the first significant reform to Social Security since 1983.”

But budget experts say these concerns are unfounded. In fact, the deal actually shores up the finances of an important entitlement program without hurting people who have already earned their benefits.

Released Monday night, the 144-page budget deal would fund the government and raise the debt ceiling for two years, punting any showdown to 2017, after Obama has left the White House. The bill also lifts the tight federal spending caps imposed by the 2011 sequestration law.

Even though the deal saves money by making small cuts to Medicare and Social Security disability insurance (the main part of the program beyond the standard retirement benefits), the budget mostly tinkers around the edges. “The agreement doesn’t have any changes in disability eligibility standards,” says Paul Van de Water, a senior fellow at the progressive Center on Budget and Policy Priorities. “It doesn’t change the level of benefits. The small amount of savings are achieved through program integrity measures, which are just efforts to make sure the Social Security Administration is doing the best possible job of who’s actually eligible for benefits.” These sorts of technocratic tinkers are simple measures to ensure the integrity of the programs’ goals, something pushed by both conservatives and progressives.

Primarily, the deal shuts down a pilot program that allows 20 states to dish out benefits without requiring a prior medical sign-off. “To a very small degree, that would reduce the number of people awarded benefits, well less than a percent of the number of people getting benefits,” Van de Water says. “This is designed to produce better decisions, not to make the program more restrictive or less generous.” By awarding benefits slightly less frequently, the deal lengthens the solvency of the disability benefits program.

For Medicare, the deal cuts costs by reducing the amount the government spends on payment rates for providers. When it comes to recipients, the deal stabilizes premiums for a group of seniors who were due for a large rate spike in 2016. Because Social Security isn’t scheduled to get a cost-of-living bump this year, premium rates won’t rise for most people who receive Medicare. For the 30 percent of Medicare Part B recipients for whom rates would have jumped 52 percent next year, the budget deal keeps the current rates in place. But everything evens out for beneficiaries in the end, as the people who benefit this year will have to pay higher premiums down the road. “It’s a good way of spreading out the costs and meaning people aren’t hit by a huge increase this year, and they can budget for it,” Van der Water says. “But it’s not a net benefit over time. It’s simply smoothing things out.”