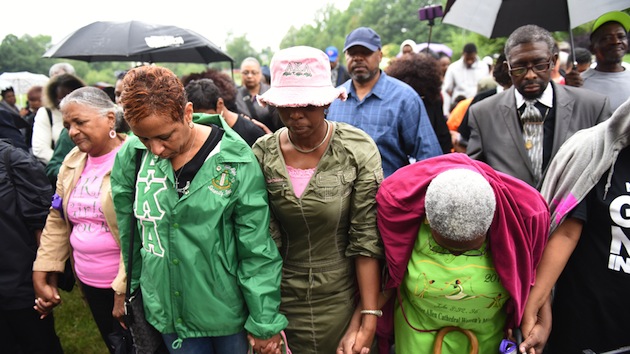 In the wake of this year’s series of devastating mass shootings on American soil, the Department of Justice is boosting its efforts to fight the loosely defined menace of “domestic terrorism” with the appointment this week of a “domestic terrorism counsel.” The new appointee has not yet been named but will coordinate cases, identify trends, and “analyze legal gaps or enhancements required to ensure we can combat these threats,” Assistant Attorney General John Carlin, head of the agency’s National Security Division, said Wednesday.

“We recognize that, over the past few years, more people have died in this country in attacks by domestic extremists than in attacks associated with international terrorist groups,” Carlin said in a speech at George Washington University.

Mass shootings have struck a number of communities across the United States this year, from this summer’s massacre at a black church in Charleston, South Carolina, to the killings at Umpqua Community College in Oregon earlier this month.

The shooting in Charleston set off debates in the media and across society on how the perpetrators of ideologically motivated attacks are to be viewed. Are they disenfranchised, potentially mentally ill young Americans? Or are they “domestic terrorists”? And if the latter, what qualifies as domestic terrorism? FBI Director James Comey drew criticism for saying shortly after the Charleston shooting that the attack did not appear to bear the marks of terrorism, a claim contested by historians and security experts.

Carlin on Wednesday offered an expansive definition of violent extremism and terrorism, terms he used interchangeably, saying, “The threat ranges from individuals motivated by anti-government animus, to eco-radicalism, to racism, as it has for decades.”

Carlin also drew a close parallel between these domestic attacks and the activities of the brutal radical Islamist group ISIS, which has seized broad swathes of territory across Iraq and Syria and is currently under fire from US air strikes.

Both ISIS and domestic extremists have made intensive use of social media to promulgate their messages and attract followers, and both have lately seen a rise in attacks by “lone offenders,” he said.

While there is no definitive evidence proving the role of social media use in the rising tide of mass shootings, a recent Mother Jones investigation found that many law enforcement and forensic psychology experts do believe there is a connection.

In order to combat the menace of homegrown terrorism, Carlin called for the use of all means at investigators’ disposal—including, controversially, the cooperation of internet service providers.