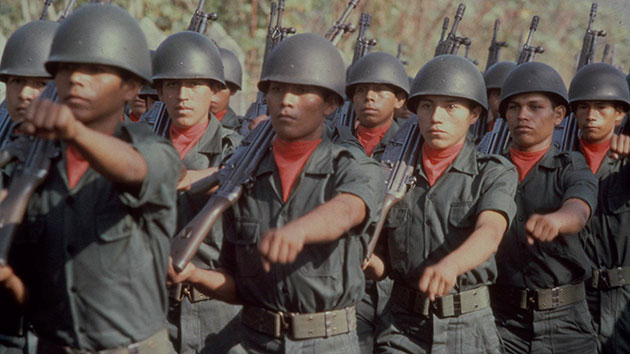 In November 1981, early in what would become a 12-year civil war, Lt. Colonel Sigifredo Ochoa Pérez led an estimated 1,200 Salvadoran troops into a rural region near the Honduran border. As part of an eight-day campaign to eliminate guerrillas in the area, the soldiers allegedly killed dozens, even hundreds, of fleeing civilians near the community of Santa Cruz.

Now, nearly 34 years later, a group of human rights experts is trying to help bring Ochoa Pérez to justice—and is taking the fight to the CIA, as well. On Friday, the University of Washington Center for Human Rights (UWCHR) filed a Freedom of Information Act lawsuit against the CIA after the agency would neither confirm nor deny the existence of documents surrounding the Santa Cruz massacre. That includes files on Ochoa Pérez, who until recently was a member of Congress in El Salvador.

According to UWCHR project coordinator Phil Neff, the massacre was emblematic of the Salvadoran government’s scorched-earth campaigns to “cleanse” areas of guerrillas while often claiming the lives of civilians. Ochoa Pérez, whom Neff calls “one of the US’s top counterinsurgents during the ’80s,” is currently facing a criminal investigation in El Salvador in connection to the offensive. Now that Ochoa Pérez’s congressional immunity has run out, the UWCHR is hoping to use CIA intelligence from that era to move the long-stalled cases against him. 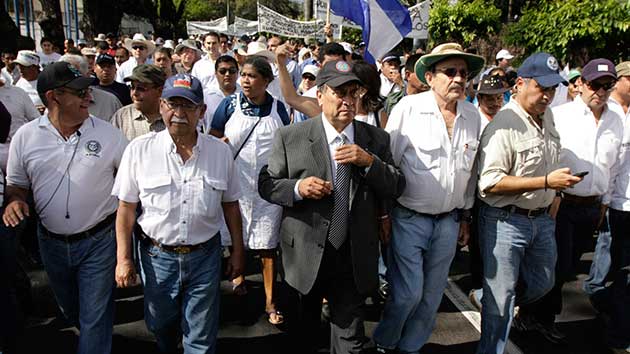 Ochoa Pérez marches with supporters in a 2012 protest. Luis Romero/AP

“There have been no successful prosecutions of this kind in El Salvador,” Neff says. “In comparison to Guatemala, the advances have been insignificant. So it’s thought that he may be low-hanging fruit—but he’s not an insignificant guy.”

Kate Doyle, a senior analyst of US policy in Latin America at the National Security Archive, says the UWCHR faces an uphill battle. “The CIA has been traditionally very well protected against the efforts of citizens to gain records through the legal channels we have open to us,” she says, noting that most CIA documents are exempt from FOIA thanks to a 1984 law signed by President Ronald Reagan. The declassifications that do occur, Doyle says, generally happen because the agency releases the information on its own or is forced to by presidential order. That very thing happened in 1993, when President Bill Clinton, under pressure from Congress, pushed the CIA to declassify an estimated 12,000 documents on the Salvadoran civil war, including some on Ochoa Pérez.

“The CIA has got a lot of tricks up its sleeve to protect itself from responding to something like this,” Doyle says, noting that the courts rarely overrule the agency when it invokes national security. Still, she says the FOIA suit is a valuable public reminder that the US government has been knowingly sitting on records with important details of grave human rights abuses.

“The lawsuit has the tremendously positive effect,” Doyle says, “of bringing that gap between the rhetoric of human rights policy in the United States and the practice into the light.”

This story has been updated. For more on the Santa Cruz massacre, check out this short documentary from the University of Washington Center for Human Rights: