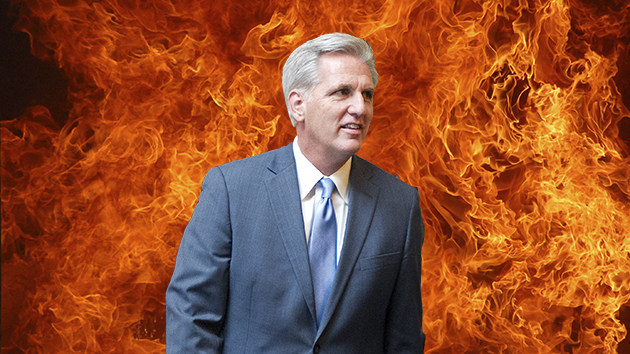 Chaos, chaos, and chaos. Rep. Kevin McCarthy’s withdrawal from the speaker’s race has caused disarray—that is, greater disarray—within the House GOP conference. Hours after McCarthy’s announcement, there was no word of what comes next. Who might jump in? Would a caretaker candidate emerge? How long could Speaker John Boehner stay in the job? And, it seemed, the House tea partiers who had somewhat caused this crisis—they had succeeded in driving Boehner from the job and had deemed McCarthy insufficiently conservative—were yearning for more chaos. The House Freedom Caucus, the tea party GOPers, put out this statement: