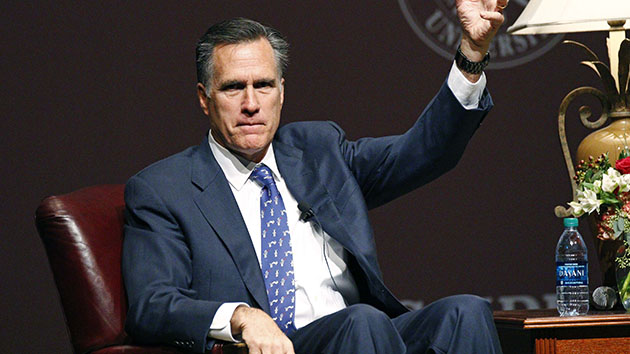 Mitt Romney spent much of his campaign for president in 2012 battling “Obamneycare”: the claim that President Barack Obama’s health care initiative was based on Romneycare, the health care system Romney put in place as governor of Massachusetts.

Yet on Friday, Romney appeared finally to admit the obvious—that the Affordable Care Act was based on the Bay State’s successful health care initiative. What’s more, the man who ran on a platform of repealing Obamacare seemed to concede that the national health care law is working.

That was some admission, and a tremendous flip-flop for Romney. But then came—wait for it—another Romney flip-flop on this matter. On Friday afternoon, Romney took to Facebook to declare that he still opposed Obamacare:

Getting people health insurance is a good thing, and that’s what Tom Stemberg fought for. I oppose Obamacare and believe it has failed. It drove up premiums, took insurance away from people who were promised otherwise, and usurped state programs. As I said in the campaign, I’d repeal it and replace it with state-crafted plans.