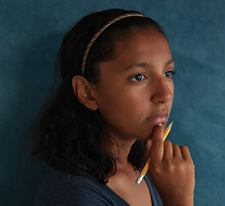 Read more about the overloading of standardized tests.

On Saturday, the Obama administration announced that its push towards high-stakes standardized testing had gone too far and urged schools to limit tests to those that were meaningful indicators of progress. Specifically, the administration called for a cap so that no student would spend more than two percent of classroom time on standardized tests, and called on Congress to “reduce over-testing.”

“Learning is about so much more than filling in the right bubble,” the president said in a speech posted on the White House Facebook site.

The announcement represents a significant change in course for the Obama administration, which had been facing mounting bipartisan criticism for focusing too much on tests at the expense of a focus on creativity and critical thinking. According to a report by the Council of Great City Schools which reviewed the country’s 66 largest school districts, students are required to take about 112 standardized exams between kindergarten and 12th grade.

It’s unclear how much a two percent cap on tests will truly affect students; according to the Council of Great Schools report, the tests fall most heavily on eighth graders, who spend 20 to 25 hours, or about 2.3 percent of classroom time, on standardized tests. Furthermore, the announcement didn’t address the amount of time spent preparing for tests.

If our kids had more free time at school, what would you want them to do with it? A) Learn to play a musical…

Still, Randi Weingarten, the president of the American Federation of Teachers, called the announcement a victory. “The fixation on high-stakes testing hasn’t moved the needle on student achievement,” she said in a statement. “We need to get back to focusing on the whole child—teaching our kids how to build relationships, how to be resilient and how to think critically.”

Outgoing Education Secretary Arne Duncan acknowledged that “At the federal, state and local level, we have all supported policies that have contributed to the problem in implementation.” Duncan is meeting with Obama today to discuss how to limit redundant and low-quality testing.