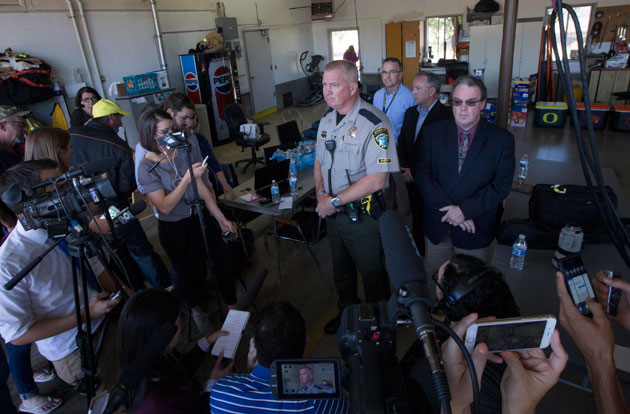 The month after the December 2012 Sandy Hook massacre, Sheriff John Hanlin of Douglas County, Oregon, posted a video called “The Sandy Hook Shooting – Fully Exposed” to his personal Facebook page. The video makes a number of conspiratorial claims, including about there being more than one shooter and that the grieving parents who appeared on news reports were acting.

The sheriff, who has done an admirable job in not glorifying the perpetrator from yesterday’s mass shooting at Umpqua Community College, is also an avid guns rights supporter and a possible member of the Oath Keepers, a group that claims to be upholding their oath to defend the Constitution from any perceived threats—such as expanded gun control. 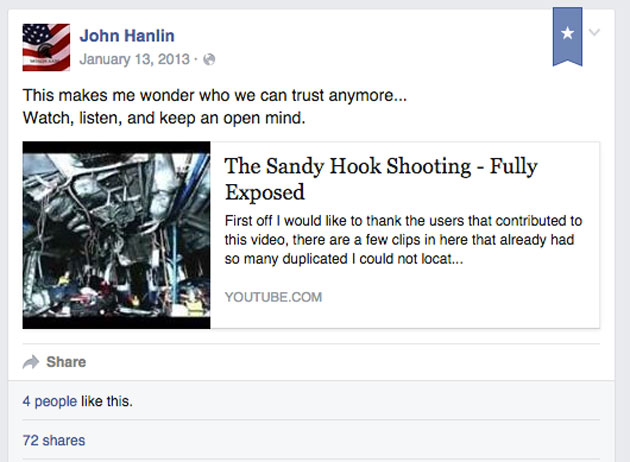