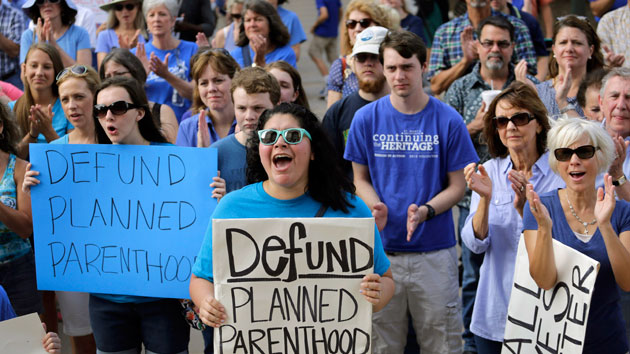 Anti-abortion activists rally on the steps of the Texas Capitol on July 28, 2015.Eric Gay/AP Photo

On the heels of Texas stripping Planned Parenthood of Medicaid funding on Monday, the state’s Health and Human Services Commission issued a subpoena on Wednesday for the Medicaid records of Planned Parenthood patients who have donated fetal tissue in the past five years.

Investigators with the department are seeking to obtain information from clinics in Brownsville, San Antonio, Houston, and Dallas including patient records as well as billing and personnel information related to the donations, according to Planned Parenthood. On Wednesday, investigators arrived at those clinics to serve the subpoenas and demand compliance within 24 hours.

Ken Lambrecht, the CEO of Planned Parenthood of Greater Texas, said the move was “unprecedented.”

“We will make every effort to comply with the state’s request but see this is an excuse to take healthcare away from thousands of women and men who rely on Planned Parenthood for preventive care,” Lambrecht said in a statement. “We comply with all state laws and regulations. Protecting the confidentiality of our patients and employees is paramount. We will do everything we can to ensure their confidentiality as we cooperate with the state’s request.”