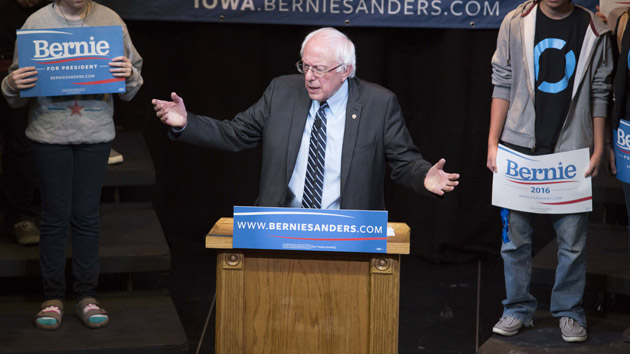 Not only did Bernie Sanders defend democratic socialism in a Georgetown University speech Thursday, but he also took the opportunity to throw around some shade.

First, the Vermont senator and Democratic presidential candidate went off script to call out Donald Trump and other Republican candidates for “using the political process to inject racism into the debate.” Then, Sanders took a shot in his prepared remarks at Qatar’s plans to invest upwards of $220 billion to host a four-week, sure-to-be-hot-as-hell World Cup in 2022, instead of spending that money on fighting ISIS:

It has been reported that Qatar will spend $200 billion on the 2022 World Cup, including the construction of an enormous number of facilities to host that event—$200 billion on hosting a soccer event, yet very little to fight against ISIS. Worse still, it has been widely reported that the government has not been vigilant in stemming the flow of terrorist financing, and that Qatari individuals and organizations funnel money to some of the most extreme terrorist groups, including al Nusra and ISIS.

All of this has got to change. Wealthy and powerful Muslim nations in the region can no longer sit on the sidelines and expect the United States to do their work for them. As we develop a strongly coordinated effort, we need a commitment from these countries that the fight against ISIS takes precedence over the religious and ideological differences that hamper the kind of cooperation that we desperately need.

Reminder: Letting Qatar host the World Cup has always been a terrible idea.